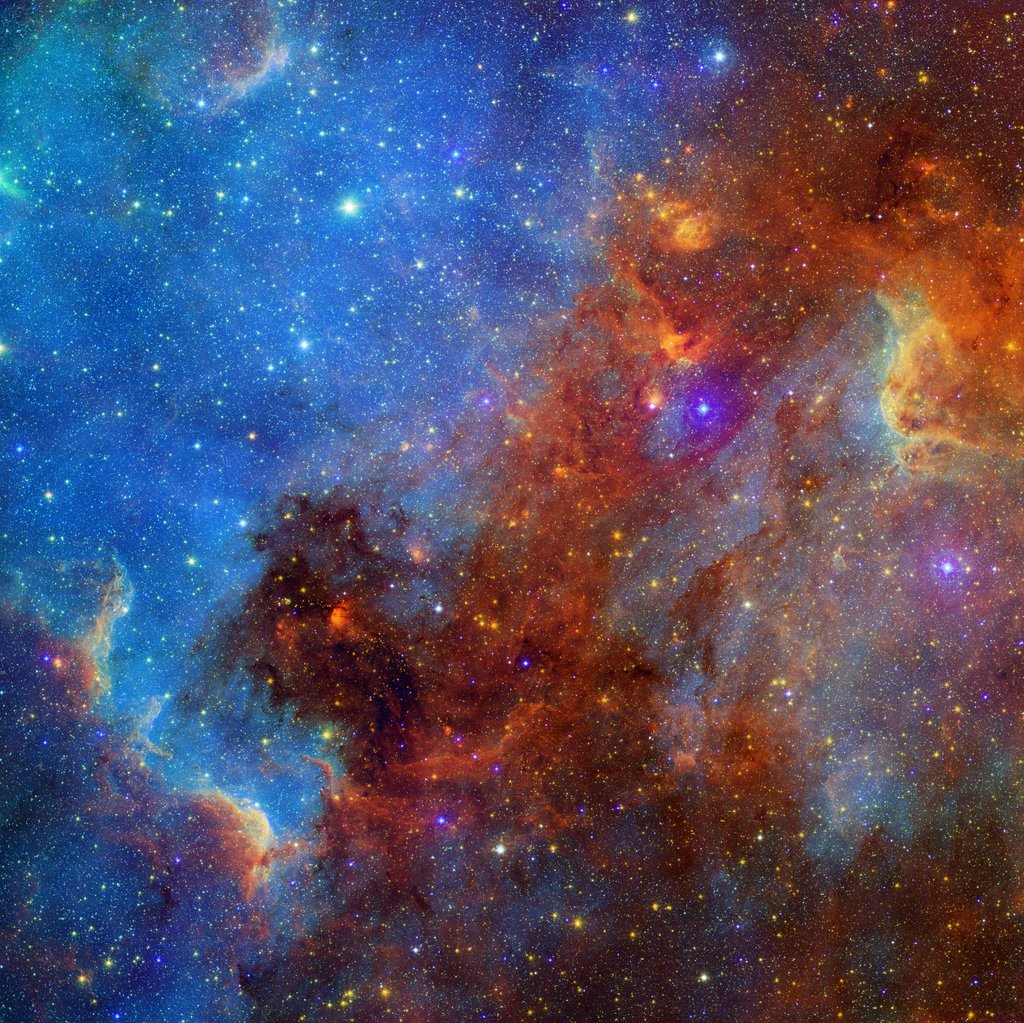 This new view of the North America nebula combines both visible and infrared light observations, taken by the Digitized Sky Survey and NASA's Spitzer Space Telescope, respectively, into a single vivid picture.

The nebula is named after its resemblance to the North American continent in visible light, which in this image is represented in blue hues. Infrared light, displayed here in red and green, can penetrate deep into the dust, revealing multitudes of hidden stars and dusty clouds. Only the very densest dust clouds remain opaque, like the dark bands seen in the "Gulf of Mexico" area.

Clusters of young stars (about one million years old) can be found throughout the image. Slightly older but still very young stars (about three to five million years) are also liberally scattered across the complex, with concentrations near the "head" region of the Pelican nebula, which is located to the right of the North America nebula (upper right, bluish portion of this picture).

In this combined view, the visible part of the spectrum from the Digitized Sky Survey is represented in blues and blue-green hues. The Spitzer component contains data from the infrared array camera. Light with a wavelength of 3.6 microns has been color-coded green; 4.5-micron light is orange; 5.8-micron and 8.0-micron light are red.