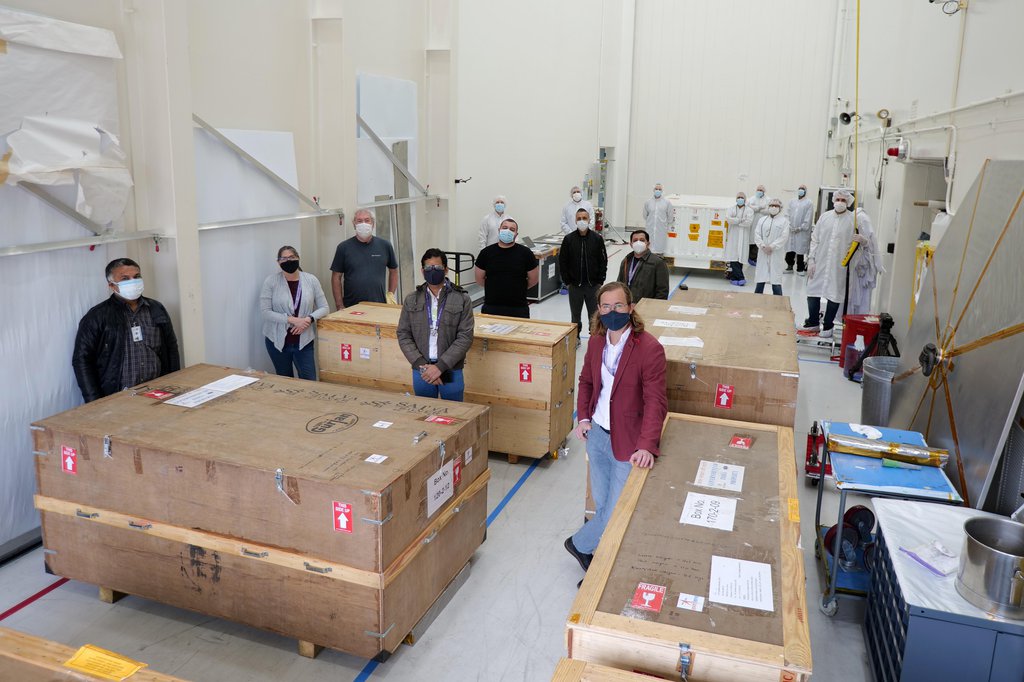 On March 20, 2021, members of the NISAR mission at NASA's Jet Propulsion Laboratory in Southern California received the S-band synthetic aperture radar (SAR) from their partner in India. Together with the L-band SAR provided by JPL, the two radars serve as the beating heart of the mission (the "S" and "L" denote the wavelength of the signal they transmit). A collaboration between NASA and the Indian Space Research Organization (ISRO), NISAR (short for NASA-ISRO SAR) will use SAR to track subtle changes in Earth's surface. In doing so, it will spot warning signs of imminent volcanic eruptions, help to monitor groundwater supplies, track the melt rate of ice sheets tied to sea level rise, and observe shifts in the distribution of vegetation around the world.

JPL, which is managed for NASA by Caltech in Pasadena, leads the U.S. component of the NISAR mission in addition to providing the project's L-band SAR. NASA is also providing the radar reflector antenna, the deployable boom, a high-rate communication subsystem for science data, GPS receivers, a solid-state recorder, and payload data subsystem. ISRO is providing the spacecraft bus, the S-band SAR, the launch vehicle, and associated launch services and satellite mission operations.