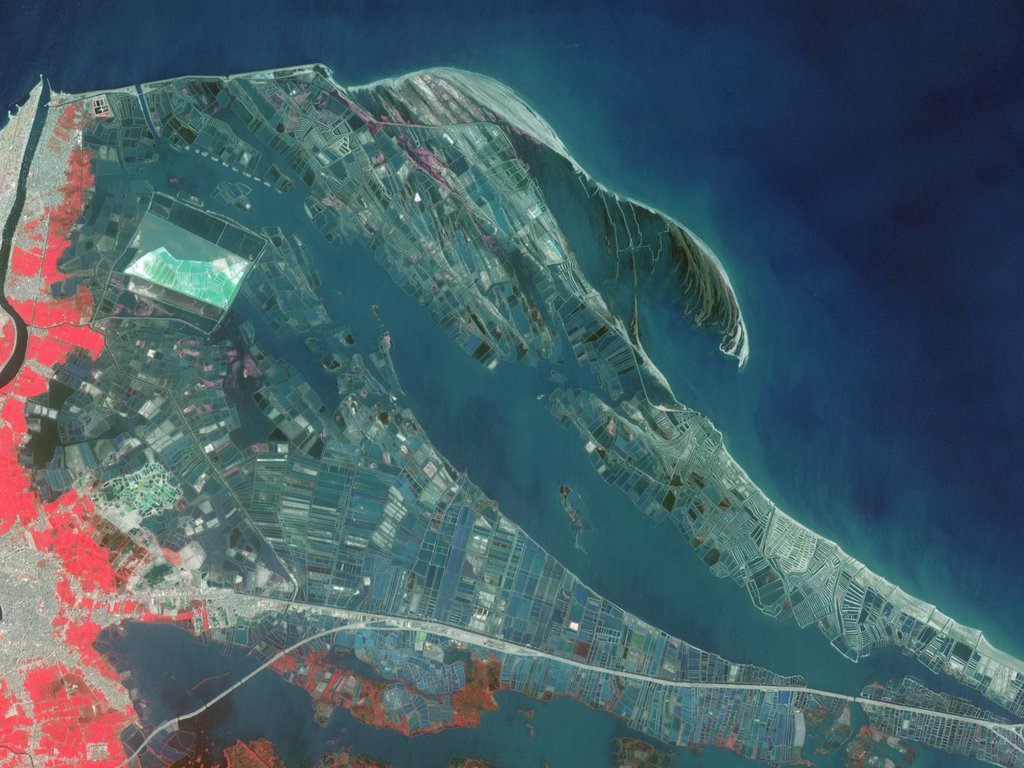 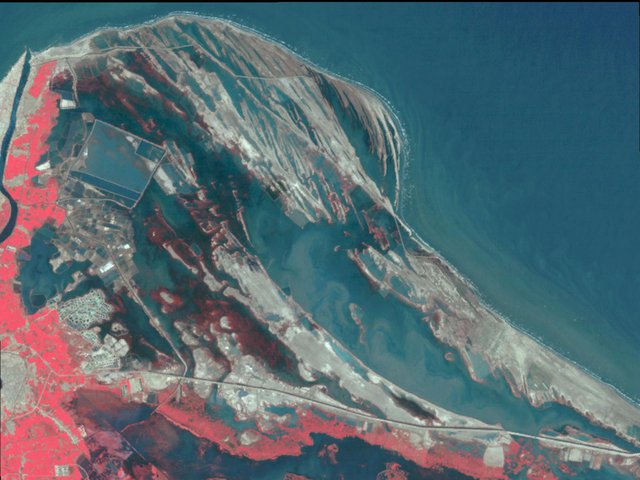 In the last three decades, Egypt has greatly expanded its aquaculture industry along the northeast coast of the Nile Delta, mainly for fish production. The shores of the Musallas lagoon are occupied by hundreds of aquaculture ponds enclosed by a series of short dikes. The 8,000 hectares of fish ponds contribute to over half of Egypt's aquaculture production, raising species such as mullet, seabass and sea bream. The two images were acquired by Landsat on April 22, 1987, and by ASTER on March 11, 2013. The area covered is 18 by 24 km, and is located at 31.3 degrees north, 32.1 degrees east.