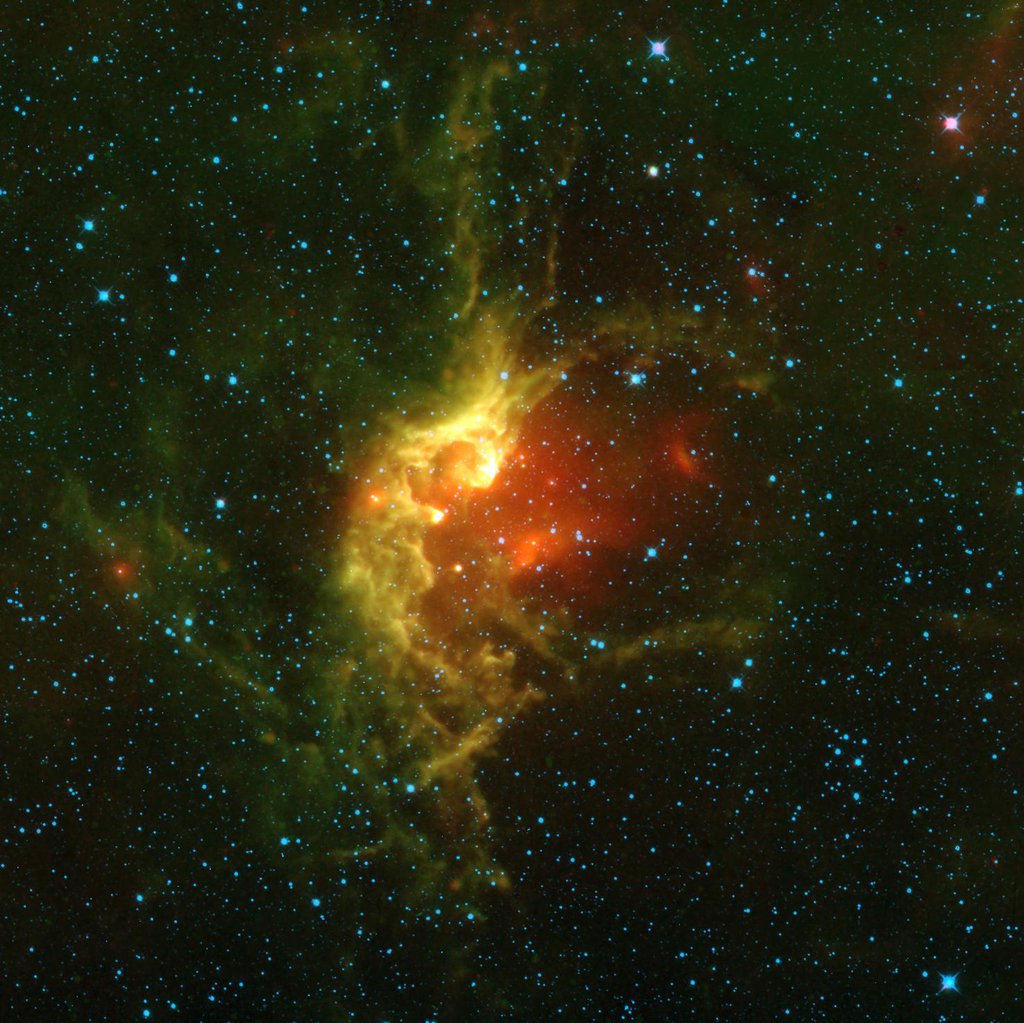 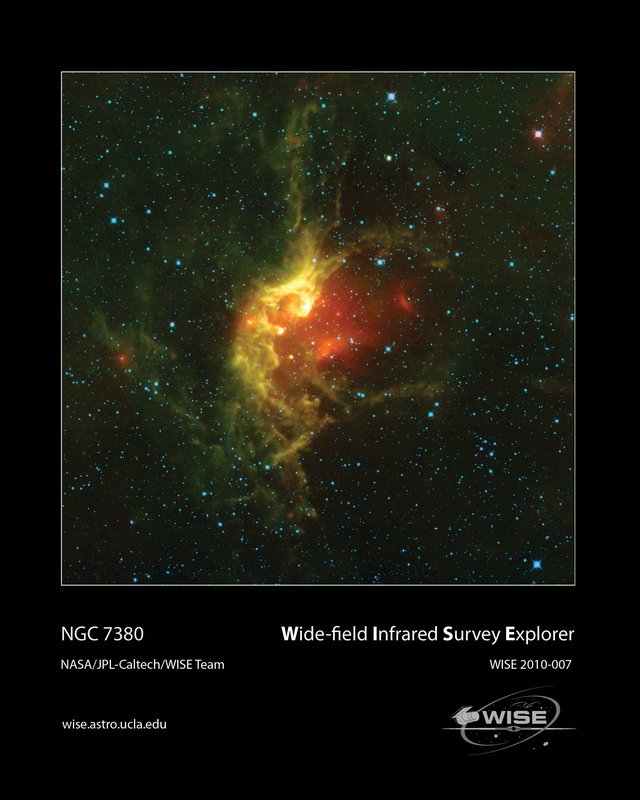 This picture of the open star cluster NGC 7380 is a mosaic of images from the WISE mission spanning an area on the sky of about 5 times the size of the full Moon. NGC 7380 is located in the constellation Cepheus about 7,000 light-years from Earth within the Milky Way Galaxy. The star cluster is embedded in a nebula, sometimes called the Wizard Nebula, which spans some 110 light-years. The stars of NGC 7380 have emerged from this star forming region in the last 5 million years or so, making it a relatively young cluster.

NGC 7380 was discovered by Caroline Herschel in 1787. Her brother, William Herschel, discovered infrared light in 1800. All four infrared detectors aboard WISE were used to make this image. Color is representational: blue and cyan represent infrared light at wavelengths of 3.4 and 4.6 microns, which is primarily light from stars. Green and red represent light at 12 and 22 microns, which is primarily emission from warm dust.