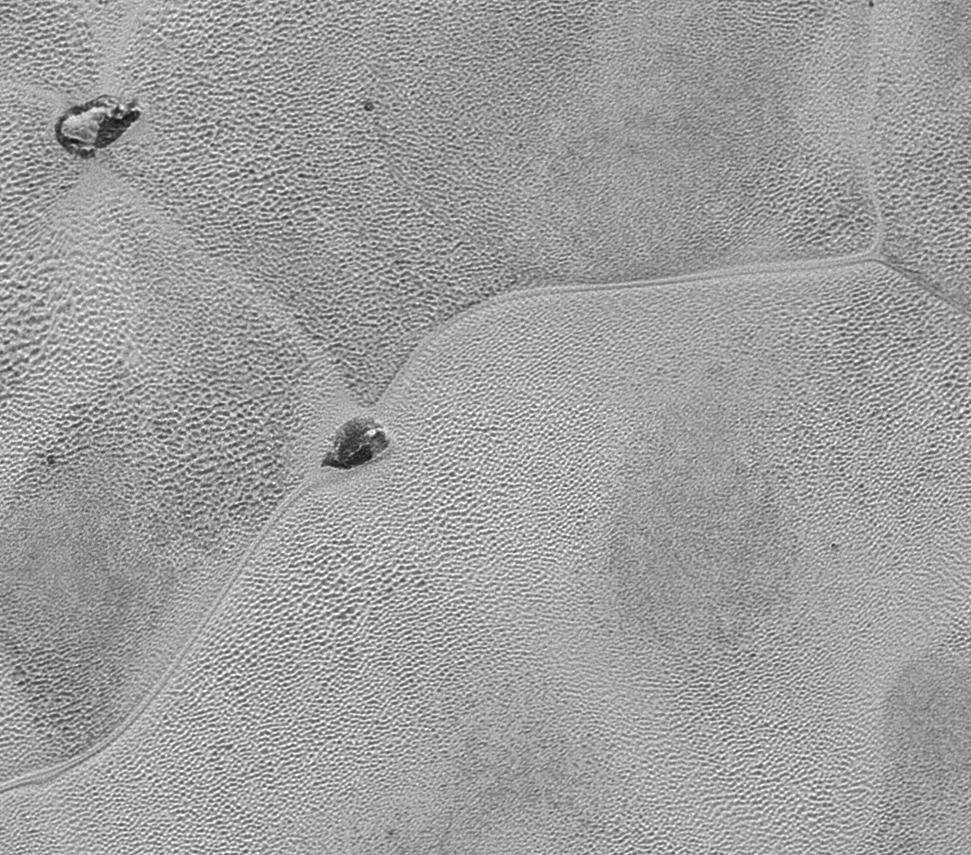 This mosaic strip, extending across the hemisphere that faced the New Horizons spacecraft as it flew past Pluto on July 14, 2015, now includes all of the highest-resolution images taken by the NASA probe. With a resolution of about 260 feet (80 meters) per pixel, the mosaic affords New Horizons scientists and the public the best opportunity to examine the fine details of the various types of terrain the mosaic covers, and determine the processes that formed and shaped them.

The view extends from the "limb" of Pluto at the top of the strip, almost to the "terminator" (or day/night line) in the southeast of the encounter hemisphere, seen at the bottom of the strip. The width of the strip ranges from more than 55 miles (90 kilometers) at its northern end to about 45 miles (75 kilometers) at its southern end. The perspective changes greatly along the strip: at its northern end, the view looks out horizontally across the surface, while at its southern end, the view looks straight down onto the surface.

This movie pans down the mosaic from top to bottom, offering new views of many of Pluto's distinct landscapes along the way. Starting with hummocky, cratered uplands at top, the view crosses over parallel ridges of the "washboard" terrain; chaotic and angular mountain ranges; the craterless, cellular plains; coarsely "pitted" areas of sublimating nitrogen ice; zones of thin nitrogen ice draped over the topography below; and rugged, dark, mountainous highlands scarred by deep pits.