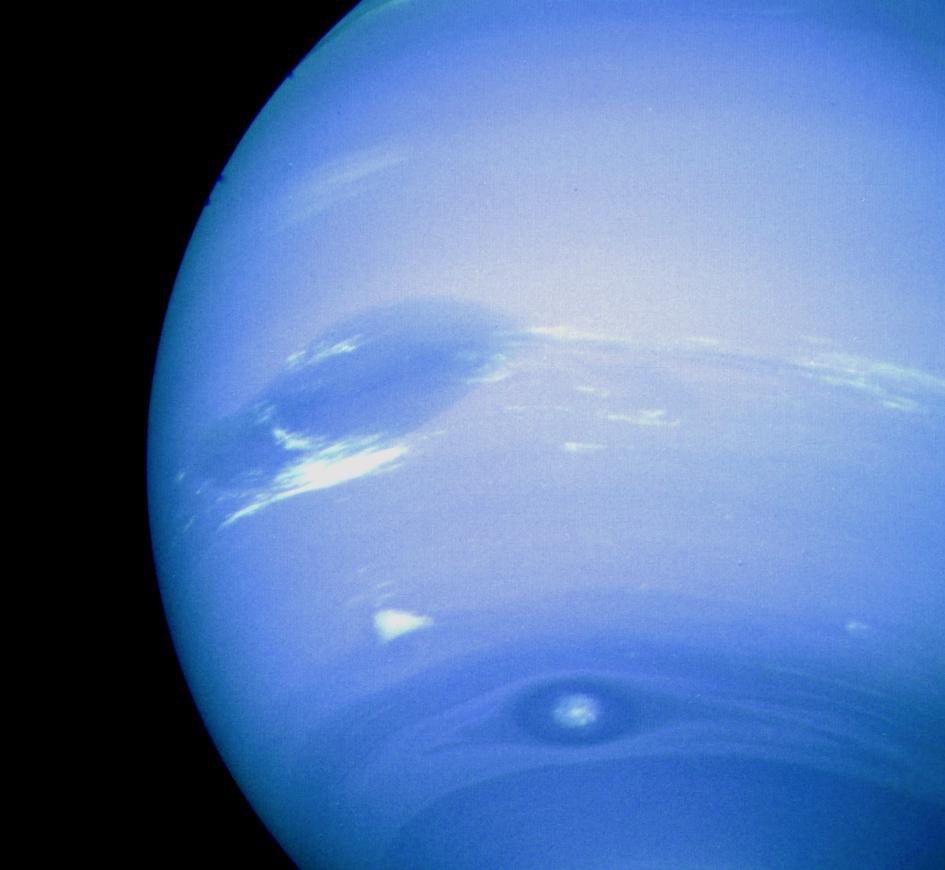 This photograph of Neptune was reconstructed from two images taken by Voyager 2's narrow-angle camera, through the green and clear filters. The image shows three of the features that Voyager 2 has been photographing during recent weeks. At the north (top) is the Great Dark Spot, accompanied by bright, white clouds that undergo rapid changes in appearance. To the south of the Great Dark Spot is the bright feature that Voyager scientists have nicknamed "Scooter." Still farther south is the feature called "Dark Spot 2," which has a bright core. Each feature moves eastward at a different velocity, so it is only occasionally that they appear close to each other, such as at the time this picture was taken. The Voyager Mission is conducted by JPL for NASA's Office of Space Science and Applications.