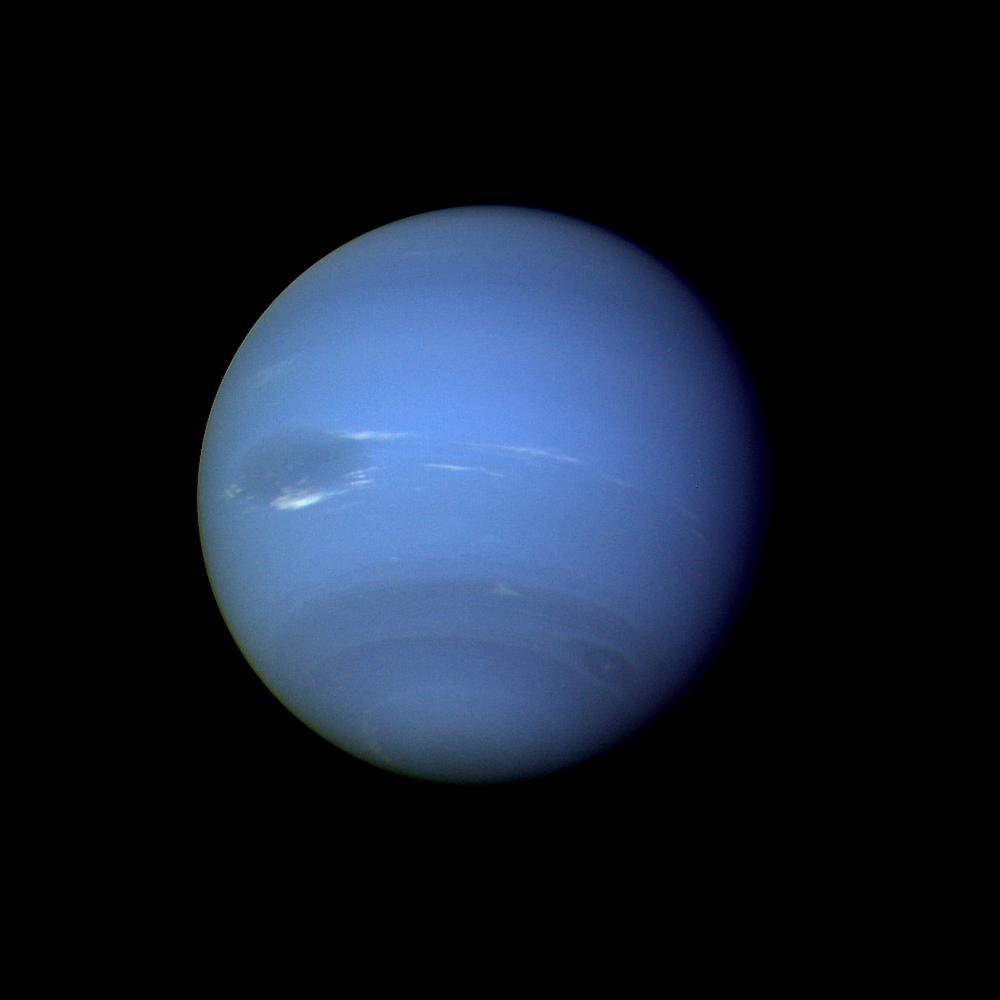 During August 16 and 17, 1989, the Voyager 2 narrow-angle camera was used to photograph Neptune almost continuously, recording approximately two and one-half rotations of the planet. These images represent the most complete set of full disk Neptune images that the spacecraft will acquire. This picture from the sequence shows two of the four cloud features which have been tracked by the Voyager cameras during the past two months. The large dark oval near the western limb (the left edge) is at a latitude of 22 degrees south and circuits Neptune every 18.3 hours. The bright clouds immediately to the south and east of this oval are seen to substantially change their appearances in periods as short as four hours. The second dark spot, at 54 degrees south latitude near the terminator (lower right edge), circuits Neptune every 16.1 hours. This image has been processed to enhance the visibility of small features, at some sacrifice of color fidelity. The Voyager Mission is conducted by JPL for NASA's Office of Space Science and Applications.