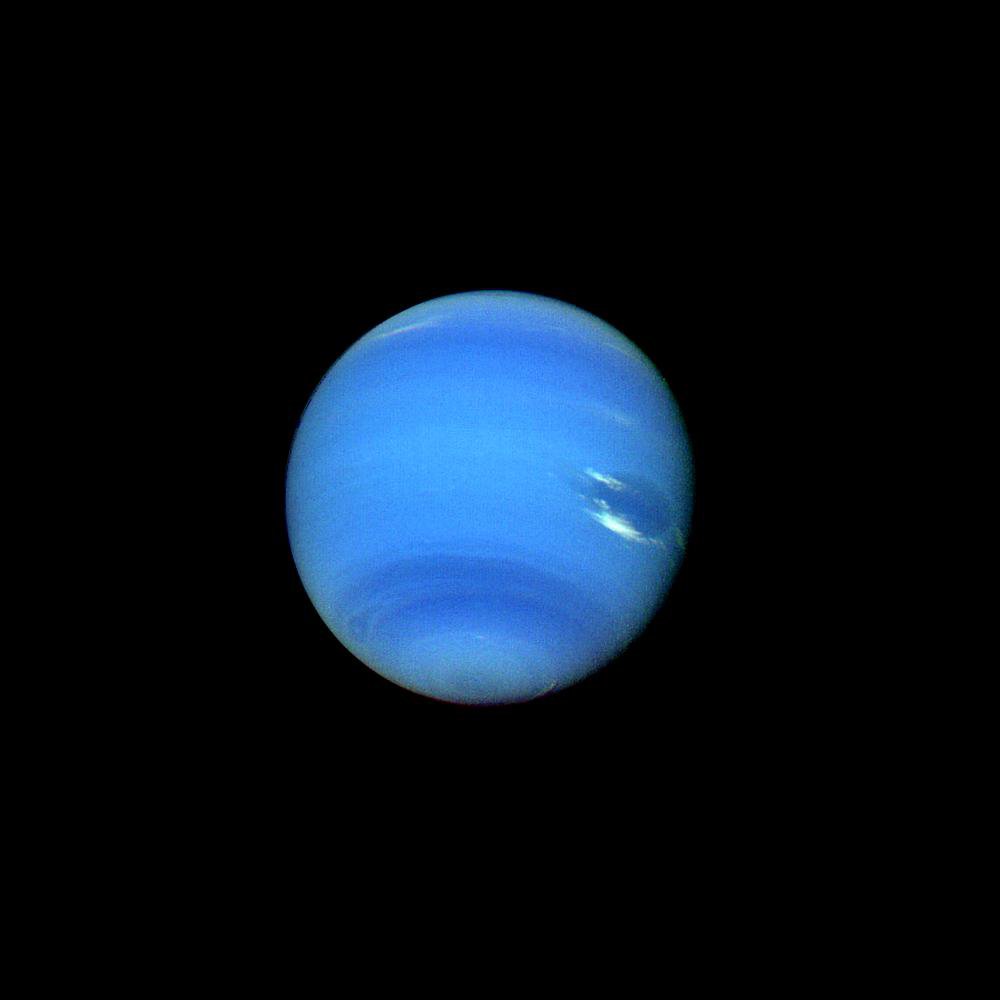 This contrast enhanced color picture of Neptune was acquired by Voyager 2 at a range of 14.8 million kilometers (9.2 million miles) on August 14, 1989. It was produced from images taken through the orange, green and violet filters of Voyager's narrow angle camera. As Voyager 2 approaches Neptune, rapidly increasing image resolution is revealing striking new details in the planet's atmosphere, and this picture shows features as small as a few hundred kilometers in extent. Bright, wispy "cirrus type" clouds are seen overlying the Great Dark Spot (GDS) at its southern (lower) margin and over its northwest (upper left) boundary. This is the first evidence that the GDS lies lower in the atmosphere than these bright clouds, which have remained in its vicinity for several months. Increasing detail in global banding and in the south polar region can also be seen; a smaller dark spot at high southern latitudes is dimly visible near the limb at lower left. The Voyager Mission is conducted by the Jet Propulsion Laboratory for NASA's Office of Space Science and Applications.