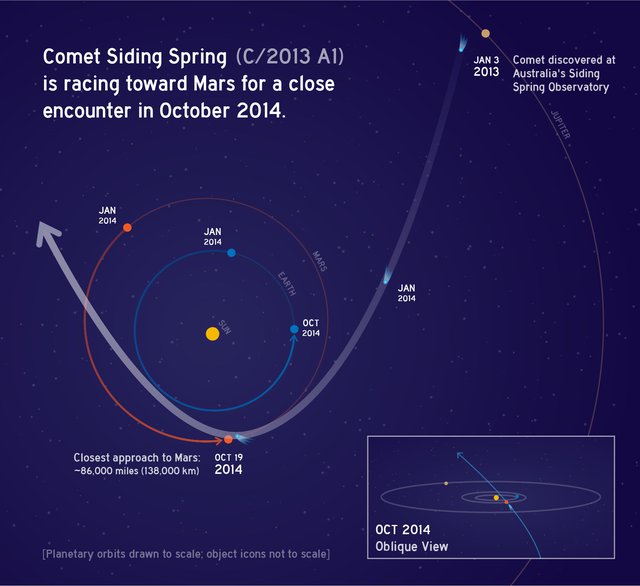 NASA's NEOWISE mission captured images of comet C/2013 A1 Siding Spring, which is slated to make a close pass by Mars on Oct. 19, 2014. The infrared pictures reveal a comet that is active and very dusty even though it was about 355 million miles (571 million kilometers) away from the sun on Jan. 16, 2014, when this picture was taken.

The infrared measurements will allow astronomers to determine the sizes and quantity of dust particles being flung off the comet. The measurements will also give engineers some indications of what orbiting spacecraft at Mars might expect when the comet gets close. Preliminary analysis of the data indicate approximately 220 pounds (100 kilograms) of dust are being ejected from the comet's surface each second, assuming the grains are dark and nearly the density of water-ice. The comet's activity is expected to increase as it gets closer to Mars.