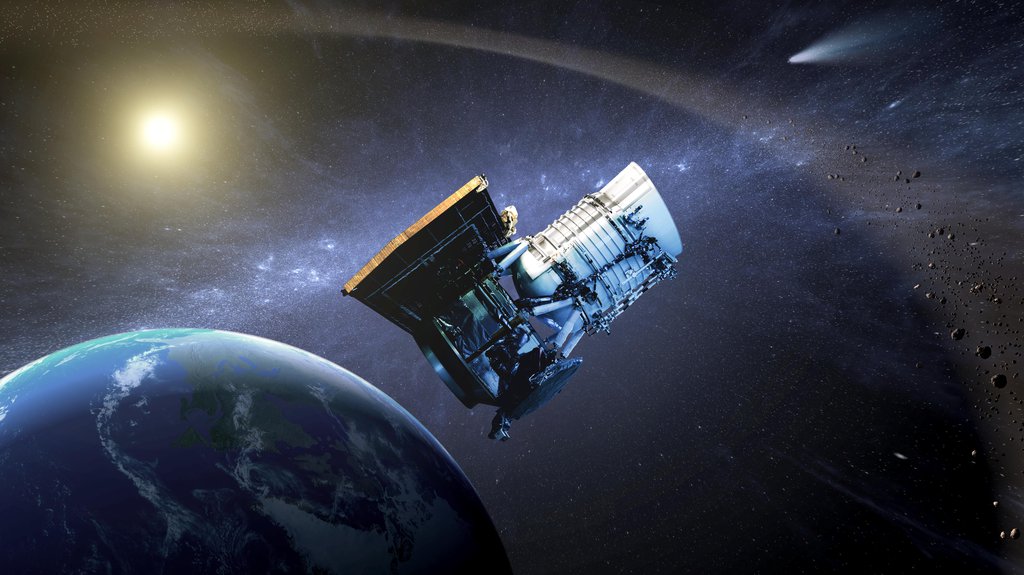 This artist's concept shows the Wide-field Infrared Survey Explorer, or WISE spacecraft, in its orbit around Earth. In September of 2013, engineers will attempt to bring the mission out of hibernation to hunt for more asteroids and comets in a project called NEOWISE.

From 2010 to 2011, the WISE mission scanned the sky twice in infrared light not just for asteroids and comets but also stars, galaxies and other objects. Back then, the asteroid-hunting portion of the mission was named NEOWISE, which combines the acronyms for near-Earth objects (NEOs) and WISE. NEOs are those asteroids with orbits that come relatively close to Earth. Now, in its second "lease on life," the mission will be dedicated to asteroid and comet surveying.