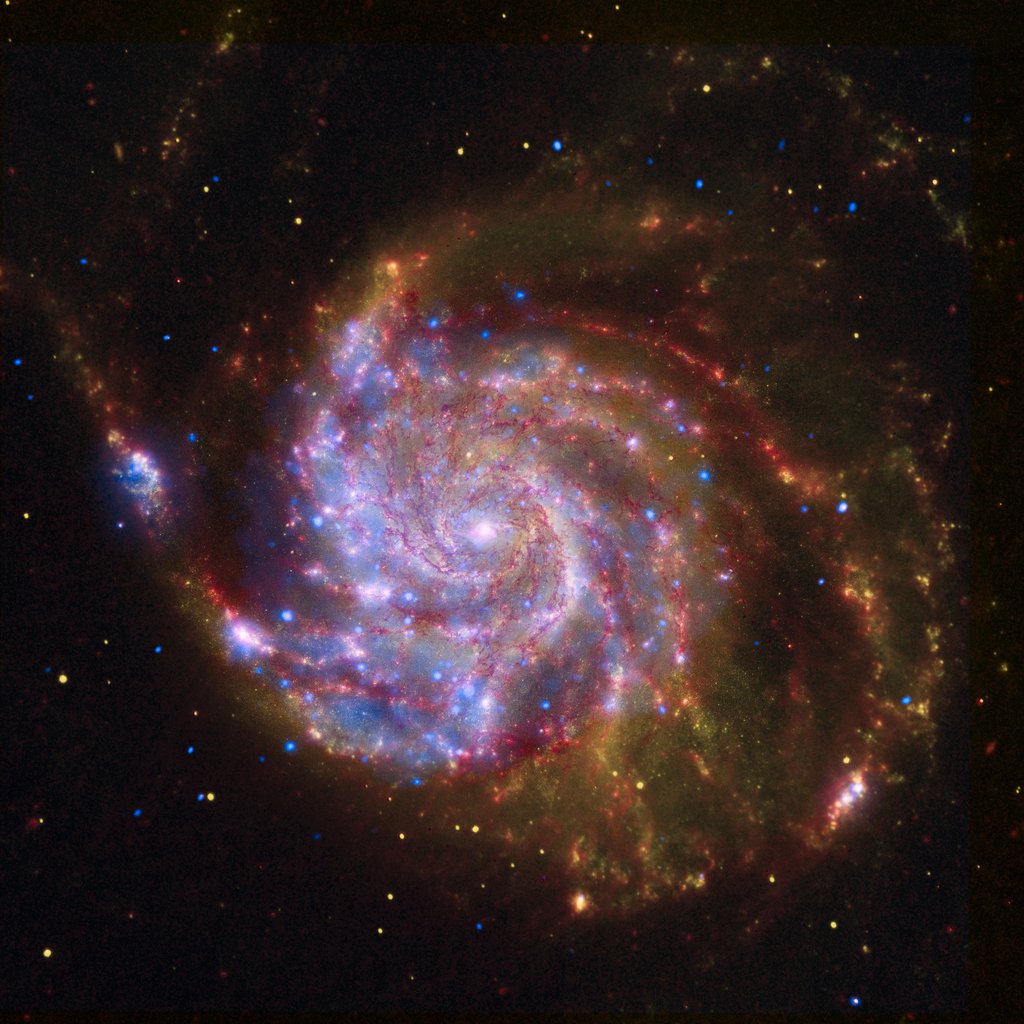 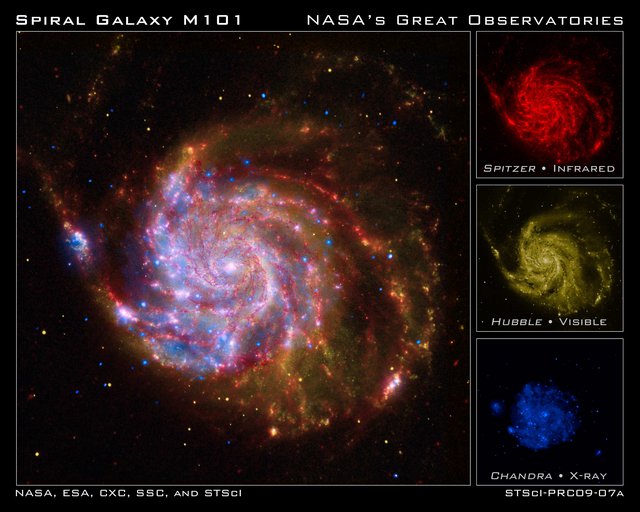 In 1609, Galileo improved the newly invented telescope, turned it toward the heavens, and revolutionized our view of the universe. In celebration of the 400th anniversary of this milestone, 2009 has been designated as the International Year of Astronomy.

While Galileo observed the sky using visible light seen by the human eye, technology now allows us to observe in many wavelengths, including Spitzer's infrared view and Chandra's view in X-rays. Each wavelength region shows different aspects of celestial objects and often reveals new objects that could not otherwise be studied.

This image of the spiral galaxy Messier 101 is a composite of views from Spitzer, Hubble, and Chandra.

Such composite images allow astronomers to see how features seen in one wavelength match up with those seen in another wavelength. It's like seeing with a camera, night vision goggles, and X-ray vision all at once.

In the four centuries since Galileo, astronomy has changed dramatically. Yet our curiosity and quest for knowledge remain the same. So, too, does our wonder at the splendor of the universe.

The International Year of Astronomy Great Observatories Image Unveiling is supported by the NASA Science Mission Directorate Astrophysics Division. The