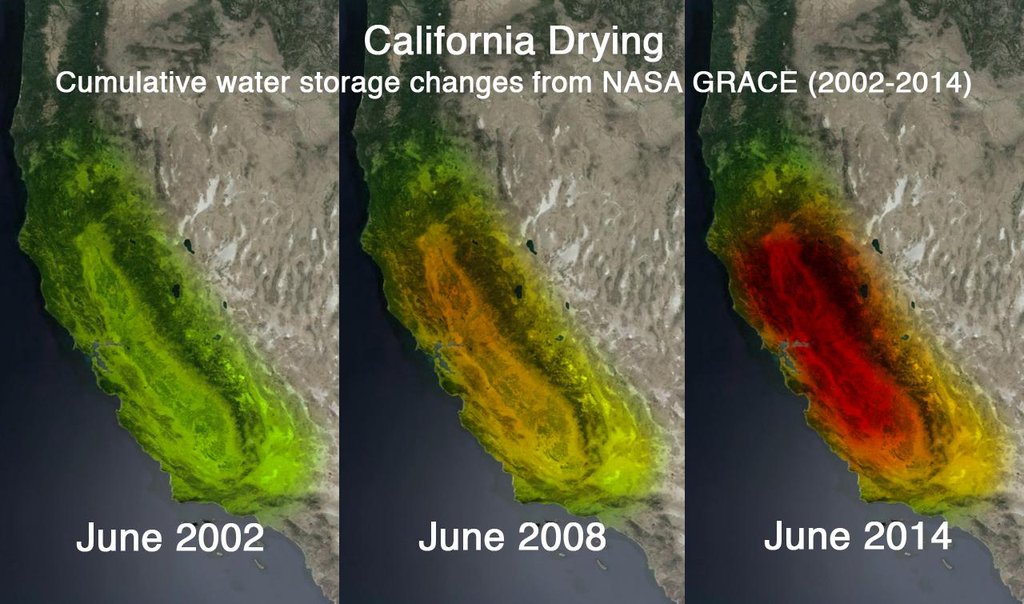 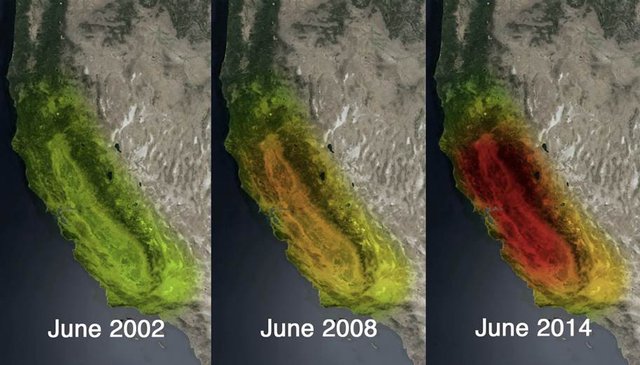 California's Sacramento and San Joaquin River basins, including the Central Valley, have suffered the greatest losses, in part due to increased groundwater pumping to support agricultural production. Between 2011 and 2014, the combined river basins have lost 4 trillion gallons (15 cubic kilometers, or 12 million acre-feet) of water each year, an amount far greater than California's 38 million residents use in cities and homes annually.