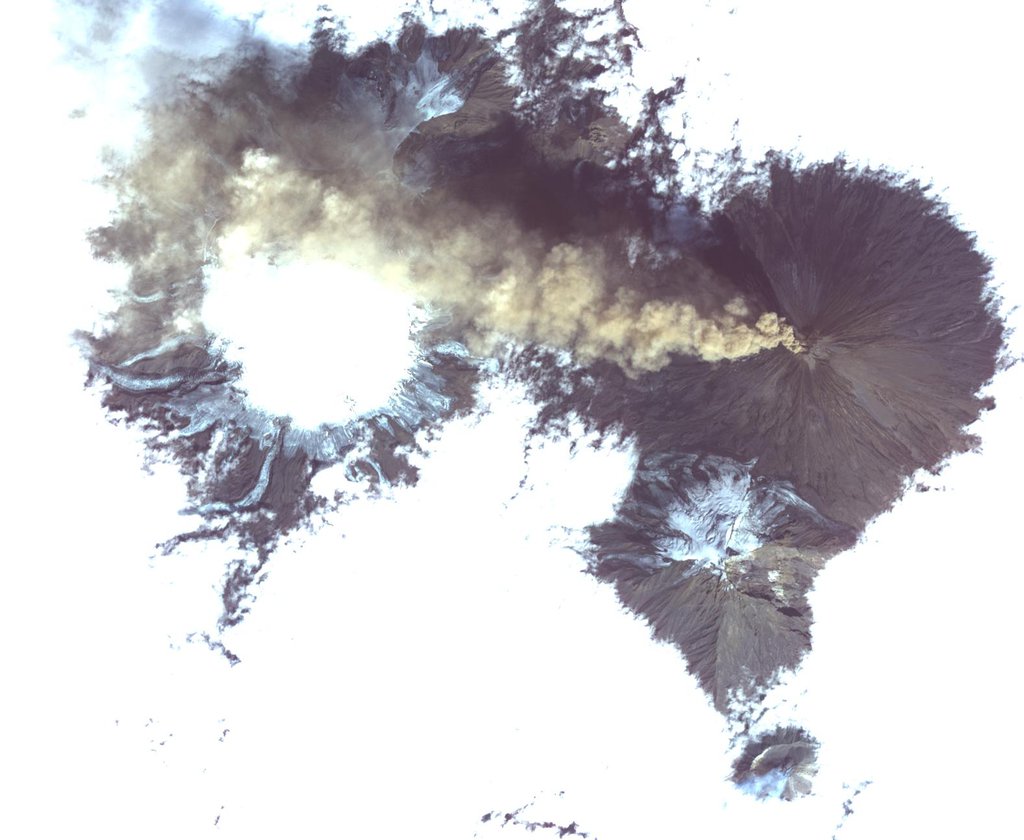 Klyuchevskoi, one of the world's most active volcanoes, is seen poking through above a solid cloud deck, with an ash plume streaming to the west. Located on the Kamchatka Peninsula in far eastern Russia, it is one of many active volcanoes on the Peninsula. Nearby, to the south, the smaller Bezymianny volcano can be seem with a small steam plume coming from its summit. The image was acquired Aug. 20, 2017, covers an area of 12 by 14 miles (19.5 by 22.7 kilometers), and is located at 56.1 degrees north, 160.6 degrees east.