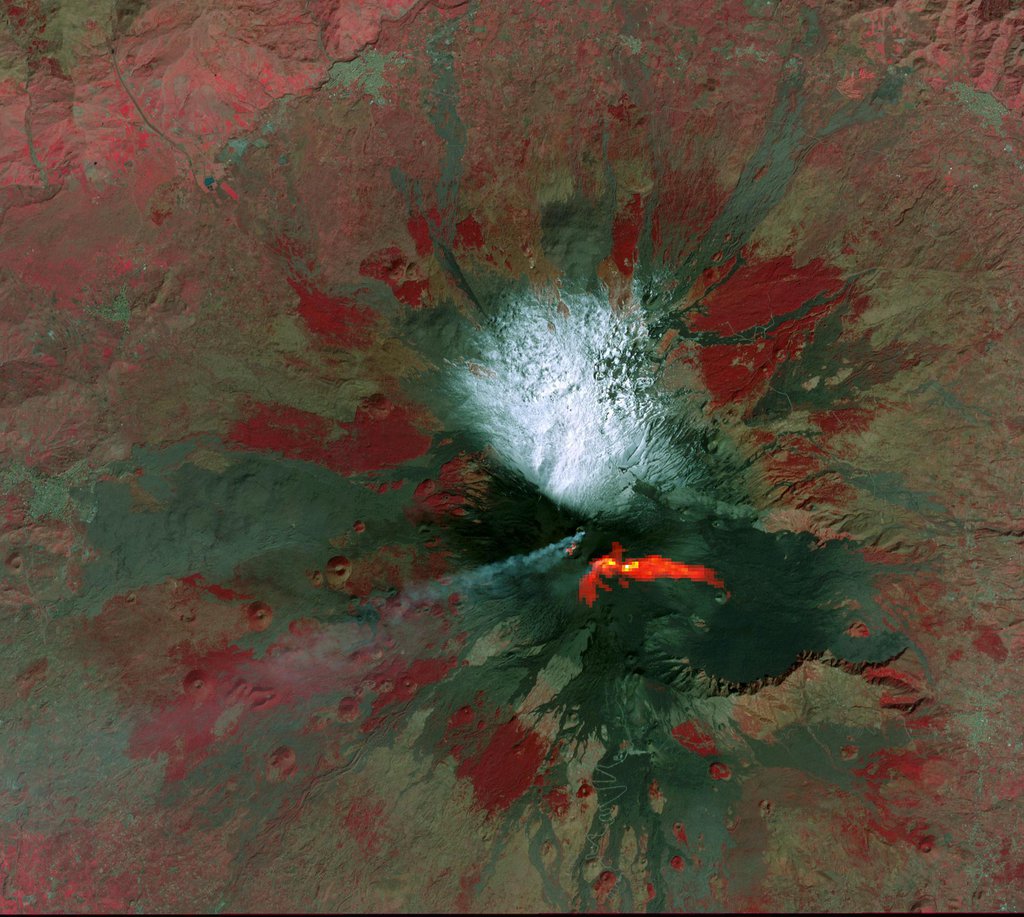 Mt. Etna, Italy erupted February 17, 2021, sending rivers of lave down the southeast flank of the volcano, and spewing ashes and volcanic stones over nearby villages. Sicily's Catania Airport was temporarily closed due to an ash plume that rose to 3700 m altitude. By the following week, the eruption had waned. The ASTER visible image shows the extent of the active lava flows (derived from the thermal infrared data). The image was acquired February 26, 2021, covers an area of 25.5 by 27.0 km, and is located at 37.8 degrees north, 15 degrees east.