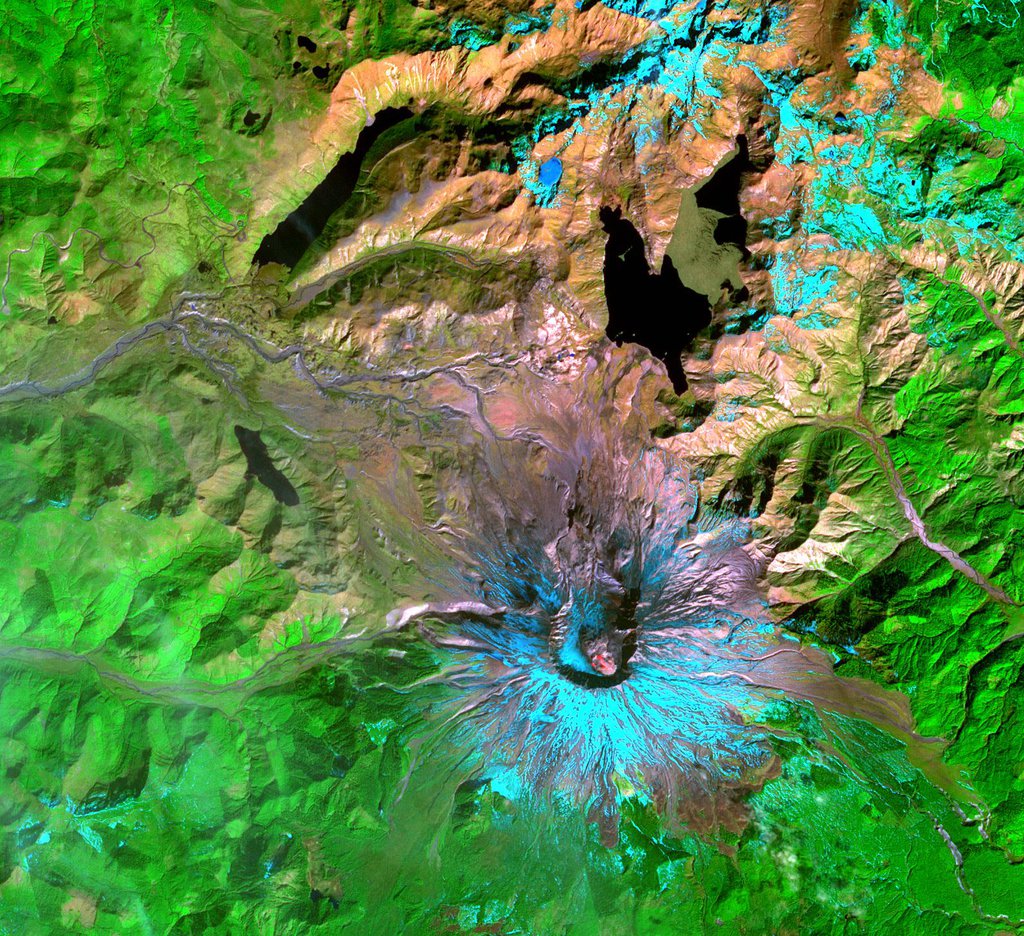 This Advanced Spaceborne Thermal Emission and Reflection Radiometer (ASTER) image of Mount St. Helens was captured one week after the March 8, 2005, ash and steam eruption, the latest activity since the volcano's reawakening in September 2004. The new lava dome in the southeast part of the crater is clearly visible, highlighted by red areas where ASTER's infrared channels detected hot spots from incandescent lava. The new lava dome is 155 meters (500 feet) higher than the old lava dome, and still growing.