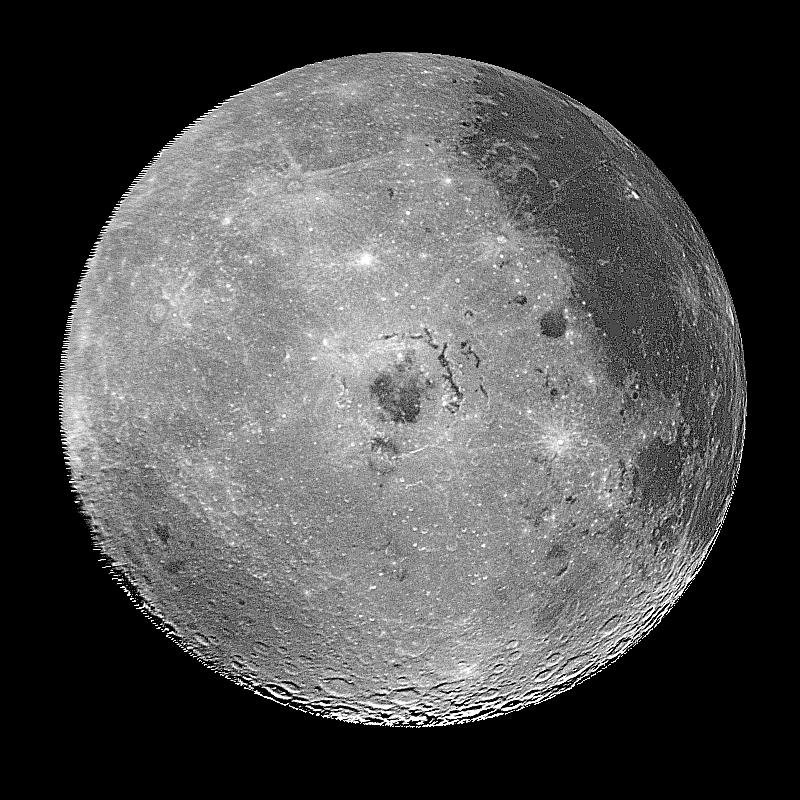 This image of the western hemisphere of the Moon was taken through a green filter by the Galileo spacecraft at 9:35 a.m. PST Dec. 9 at a range of about 350,000 miles. In the center is the Orientale Basin, 600 miles in diameter, formed about 3.8 billion years ago by the impact of an asteroid-size body. Orientale's dark center is a small mare. To the right is the lunar nearside with the great, dark Oceanus Procellarum above and the small, circular, dark Mare Humorum below. Maria are broad plains formed mostly over 3 billion years ago as vast basaltic lava flows. To the left is the lunar far side with fewer maria but, at lower left, the South-Pole-Aitken basin, about 1200 miles in diameter, which resembles Orientale but is much older and more weathered and battered by cratering. The intervening cratered highlands of both sides, as well as the maria, are dotted with bright, young craters. This image was "reprojected" so as to center the Orientale Basin, and was filtered to enhance the visibility of small features. The digital image processing was done by DLR, the German Aerospace Research Establishment near Munich, an international collaborator in the Galileo mission.