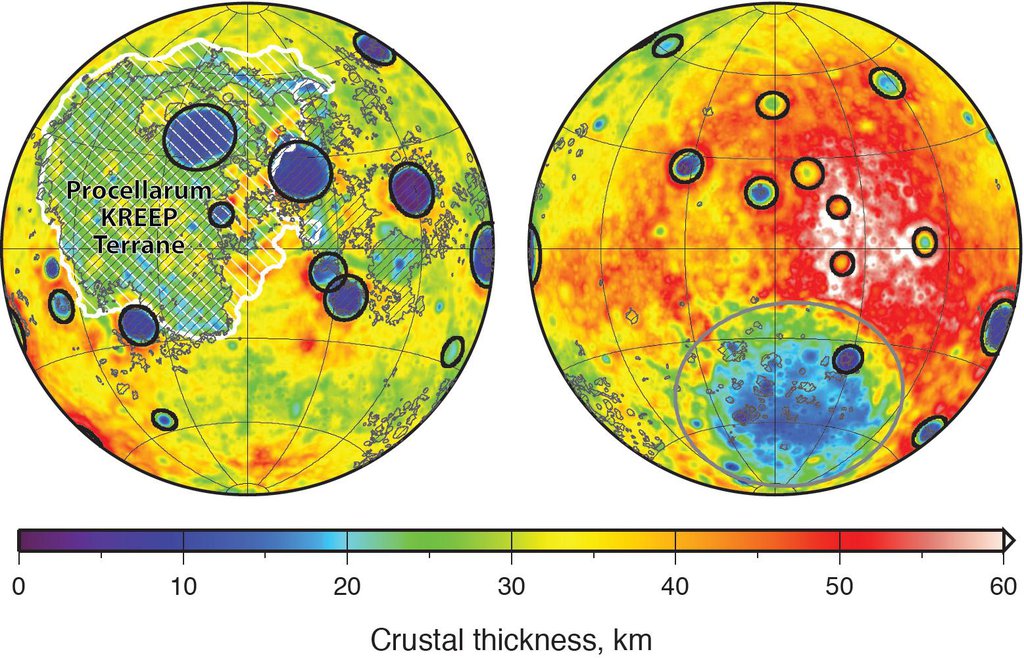 In the left hemisphere, outlined in white, is the Procellarum KREEP Terrane, a large province on the near side of the moon which contains high abundances of potassium, rare earth elements and phosphorus. Excluding the Aitken basin at the south pole (the gray circle on the lower half of the far side hemisphere), there are 12 impact basins with crustal thinning that have diameters greater than 124 miles (200 kilometers) on each hemisphere. Those are marked with black circles. The image is presented in two hemispherical Lambert azimuthal equal-area projections centered over the near side (left), and far side (right) hemispheres.