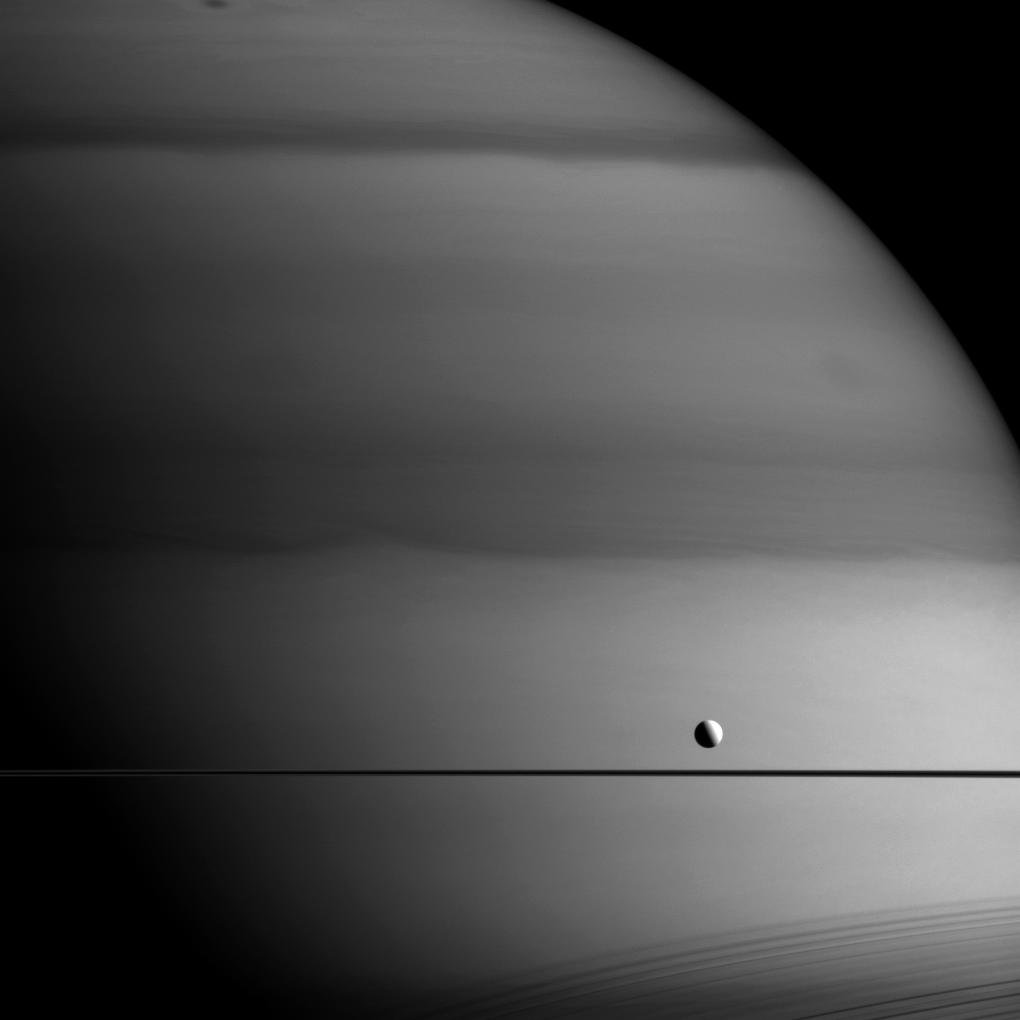 Why does Saturn look like it's been painted with a dark brush in this infrared image, but Dione looks untouched? Perhaps an artist with very specific tastes in palettes?

The answer is methane. This image was taken in a wavelength that is absorbed by methane. Dark areas seen here on Saturn are regions with thicker clouds, where light has to travel through more methane on its way into and back out of the atmosphere. Since Dione (698 miles or 1,123 kilometers across) doesn't have an atmosphere rich in methane the way Saturn does, it does not experience similar absorption -- the sunlight simply bounces off its icy surface.

Shadows of the rings are seen cast onto the planet at lower right.

This view looks toward Saturn from the unilluminated side of the rings, about 0.3 degrees below the ring plane. The image was taken with the Cassini spacecraft wide-angle camera on May 27, 2015 using a spectral filter which preferentially admits wavelengths of near-infrared light centered at 728 nanometers.

The view was acquired at a distance of approximately 618,000 miles (994,000 kilometers) from Saturn and at a Sun-Saturn-spacecraft, or phase, angle of 84 degrees. Image scale is 37 miles (59 kilometers) per pixel.