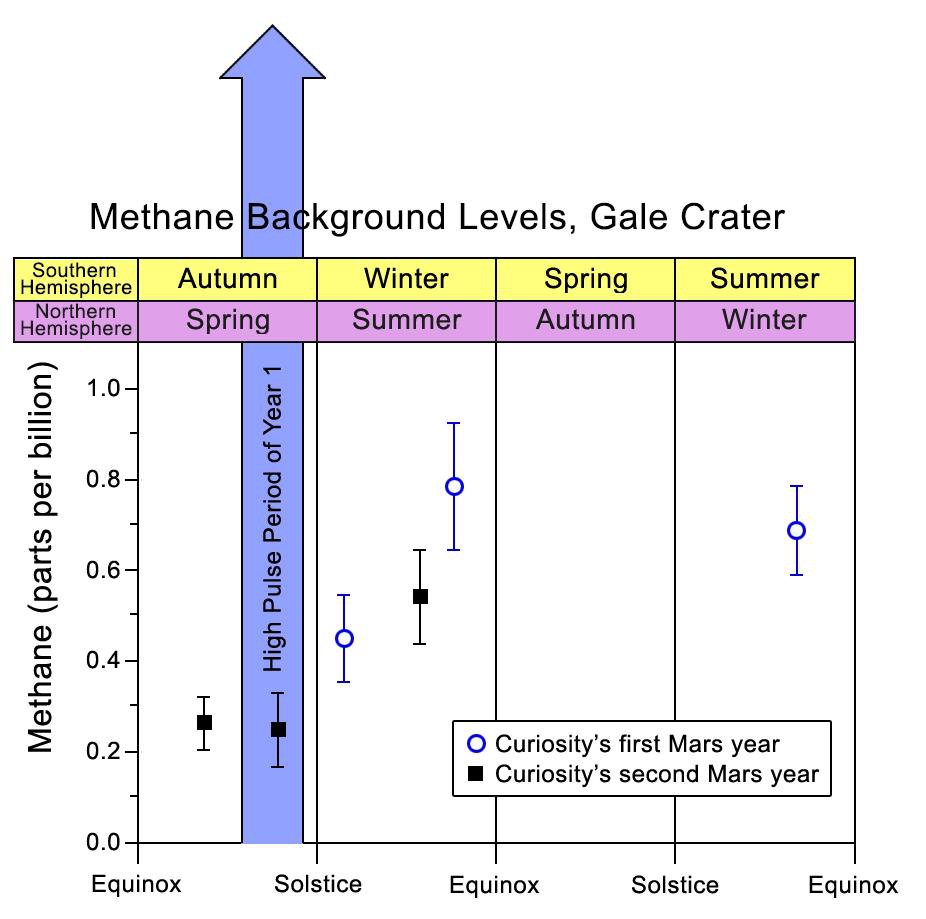 By repeated measurements of the concentration of methane in the atmosphere at Gale Crater, NASA's Curiosity Mars rover has detected long-term variation in background levels below one part per billion, much lower than a previously reported spike in methane. Researchers measure the methane concentration using the tunable laser spectrometer in the rover's Sample Analysis at Mars (SAM) suite of instruments.

Methane can be produced either by biological processes or by non-biological processes, such as interaction of water with some types of rocks. Seasonal variations in concentration would suggest seasonal variation either in how methane is being put into the atmosphere or how it is being removed from the atmosphere, or both. A graphic of possible ways for adding and removing methane is at http://mars.nasa.gov/msl/multimedia/images/?ImageID=6891.

Development of SAM was coordinated by NASA's Goddard Space Flight Center, Greenbelt, Maryland. For more information on the SAM experiment, visit http://ssed.gsfc.nasa.gov/sam/. The tunable laser spectrometer for SAM was developed at NASA's Jet Propulsion Laboratory, Pasadena, California. This technology is also being tested for use on Earth as utility-company safety equipment to check for leaks in pipelines carrying natural gas. See http://www.jpl.nasa.gov/news/news.php?feature=6192 for more information.