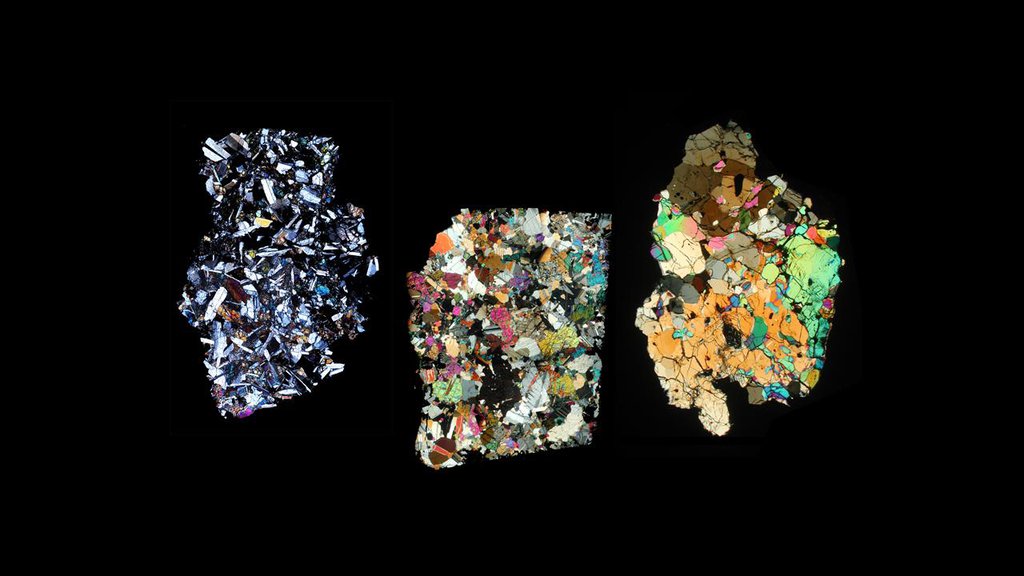 This image shows three slices of a class of meteorites that fell to Earth that NASA's Dawn mission has confirmed as originating from the giant asteroid Vesta. The meteorites, known as howardite, eucrite and diogenite meteorites, were viewed through a polarizing microscope, where different minerals appear in different colors. The texture of the rocks reveals that they crystallized at different rates. The image on the left comes from a meteorite named QUE 97053 (Antarctica), which is basaltic eucrite. The image in the middle comes from the Moore County (North Carolina) cumulate eucrite. The image on the right comes from a diogenite meteorite named GRA 98108 (Antarctica).

The Dawn mission to Vesta and Ceres is managed by NASA's Jet Propulsion Laboratory, a division of the California Institute of Technology in Pasadena, for NASA's Science Mission Directorate, Washington. UCLA is responsible for overall Dawn mission science. Orbital Sciences Corp. in Dulles, Va., designed and built the spacecraft. The German Aerospace Center, the Max Planck Institute for Solar System Research, the Italian Space Agency and the Italian National Astrophysical Institute are international partners on the mission team. The California Institute of Technology in Pasadena manages JPL for NASA.