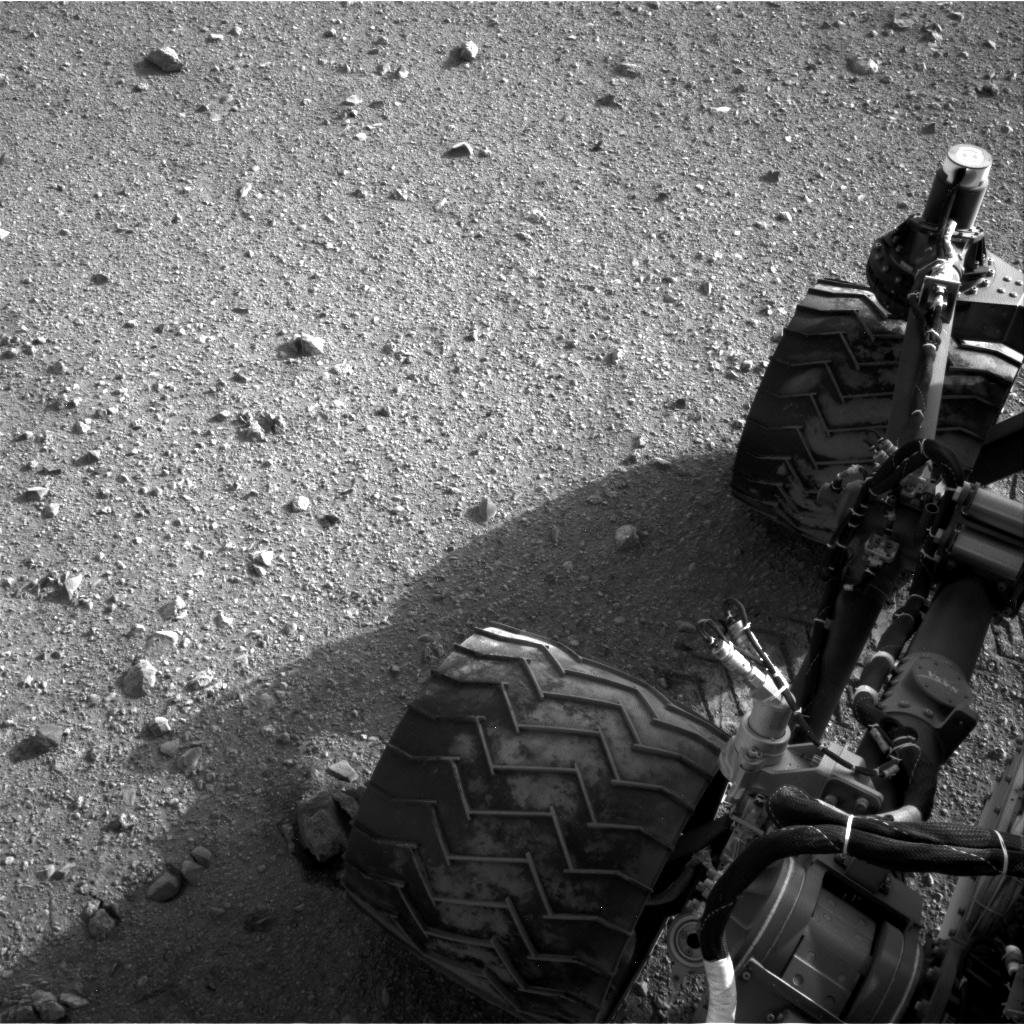 Soil clinging to the right middle and rear wheels of NASA's Mars rover Curiosity can be seen in this image taken by the Curiosity's Navigation Camera after the rover's third drive on Mars. The drive of about 52 feet (16 meters) during the 22nd Martian day, or sol, of the mission (Aug. 28, 2012), covered more ground than the two previous drives combined.