Martian Sandstone Target "Windjana" Before and After Brushing 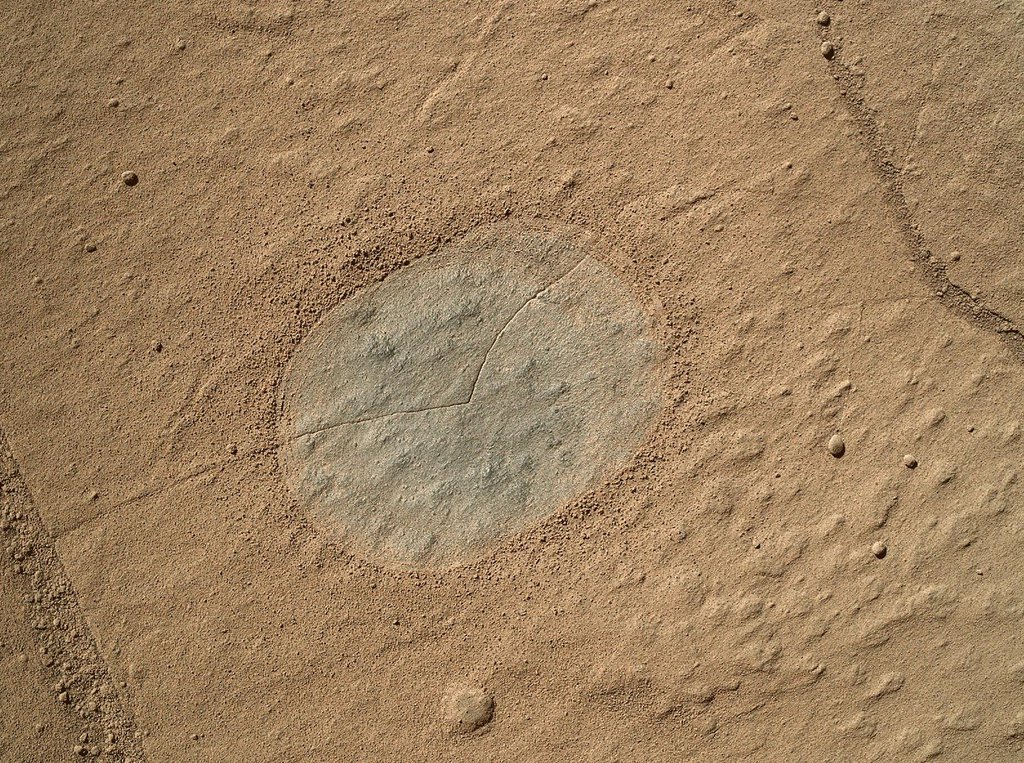 This two-step animation shows before and after views of a patch of sandstone scrubbed with the Dust Removal Tool, a wire-bristle brush, on NASA's Curiosity Mars rover. The brushed area is about 2.5 inches (6 centimeters) across. Both images were taken by the Mars Hand Lens Imager (MAHLI) camera on Curiosity's arm during the 612th Martian day, or sol, of the rover's work on Mars (April 26, 2014).

This rock target is called "Windjana," after a gorge in Western Australia. The brushing reveals a grey color, in contrast to redder dust coating. The rock's texture is fine-grained sandstone.

Curiosity's drill collects powdered sample material from the interior of a target rock. The rover delivers portions of the sample to analytical laboratory instruments onboard. The only two rocks previously drilled by Curiosity, "John Klein" and "Cumberland," are even finer-grained mudstone. Those two targets, examined in 2013, provided evidence of a lakebed environment from billions of years ago, with conditions favorable for microbial life.

Curiosity's Dust Removal Tool was built by Honeybee Robotics, New York. MAHLI was built by Malin Space Science Systems, San Diego. Both the brush and the camera can be seen in a photo of the turret at the end of Curiosity's arm, at https://photojournal.jpl.nasa.gov/catalog/PIA15699.