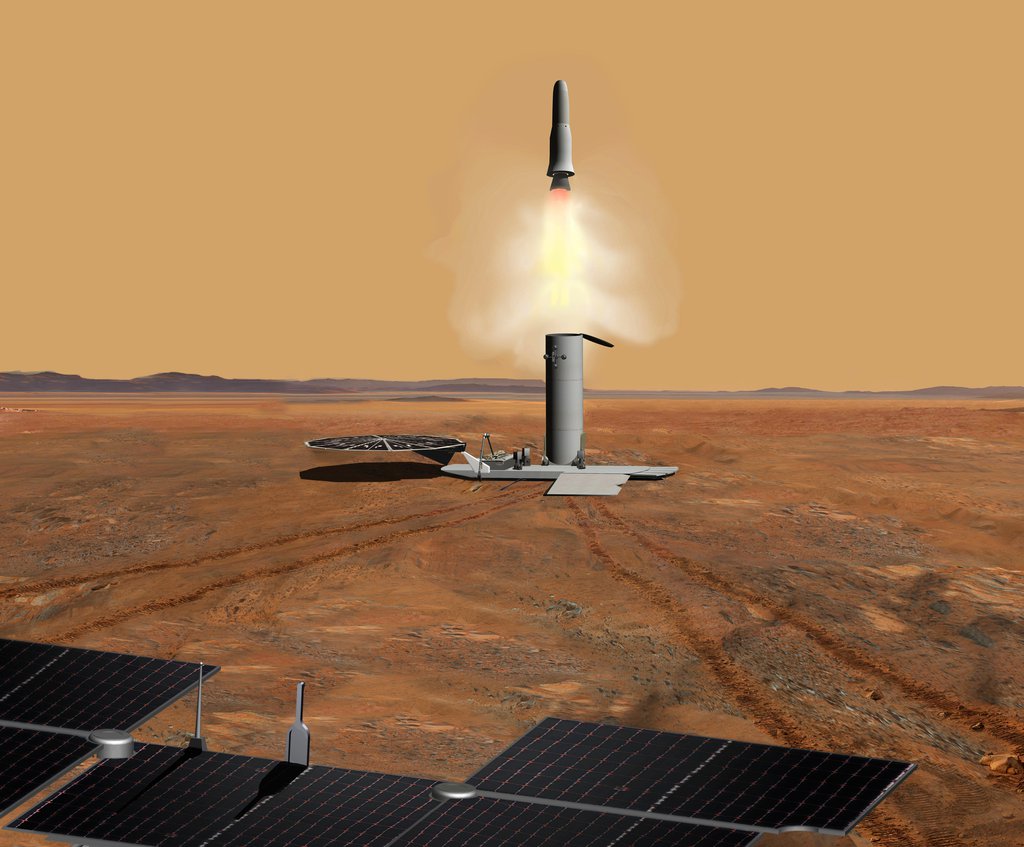 This artist's concept of a proposed Mars sample return mission portrays the launch of an ascent vehicle. The solar panels in the foreground are part of a rover. The rover would have delivered to the ascent vehicle a cache of Martian rock samples that would have been left on the surface by a previous sample-collection rover. The ascent vehicle would release its sample container in Martian orbit, to be retrieved by a spacecraft for carrying the samples to Earth.