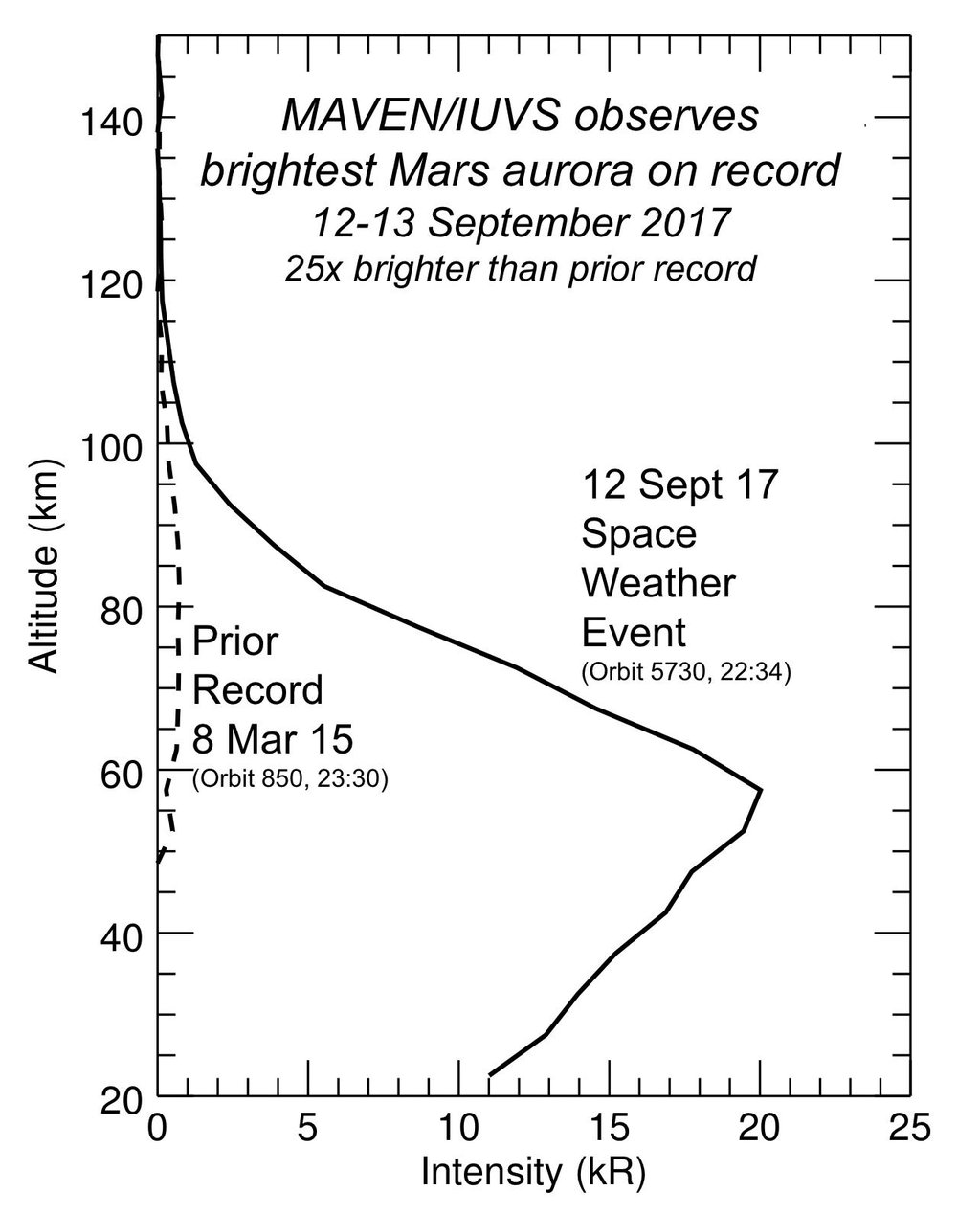 These profiles show the brightness of aurora emission in Mars' atmosphere at different altitudes. The data are from observations by the Imaging Ultraviolet Spectrograph instrument (IUVS) on NASA's Mars Atmosphere and Volatile Evolution orbiter, or MAVEN.

The solid black profile on the right shows the aurora during a September 2017 solar storm. Barely visible along the vertical axis is a dashed profile representing the previous brightest aurora seen by MAVEN, which occurred in March 2015.

The recent event is more than 25 times brighter than the previous brightest aurora seen by MAVEN, which has been orbiting Mars since September 2014.