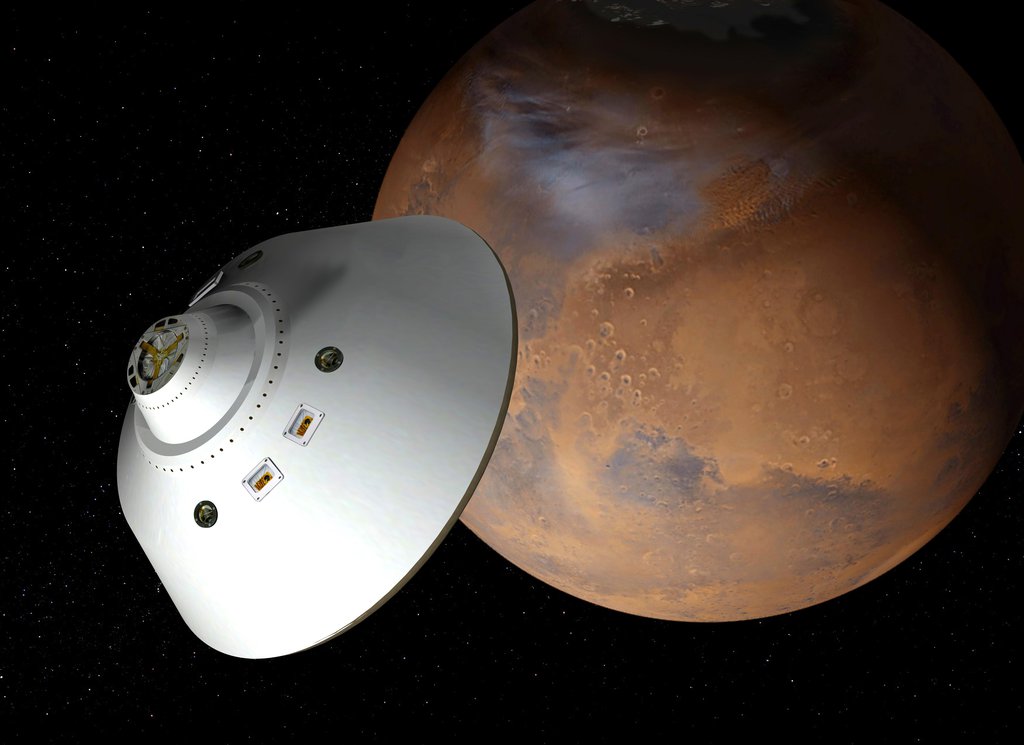 This artist's concept of a proposed Mars sample return mission portrays an aeroshell-encased spacecraft approaching Mars. This spacecraft would put a sample-retrieving rover and an ascent vehicle onto the surface of Mars. The rover would deliver previously cached samples to the ascent vehicle, which would then lift the samples off the planet to rendezvous in orbit with another spacecraft for taking the samples to Earth.