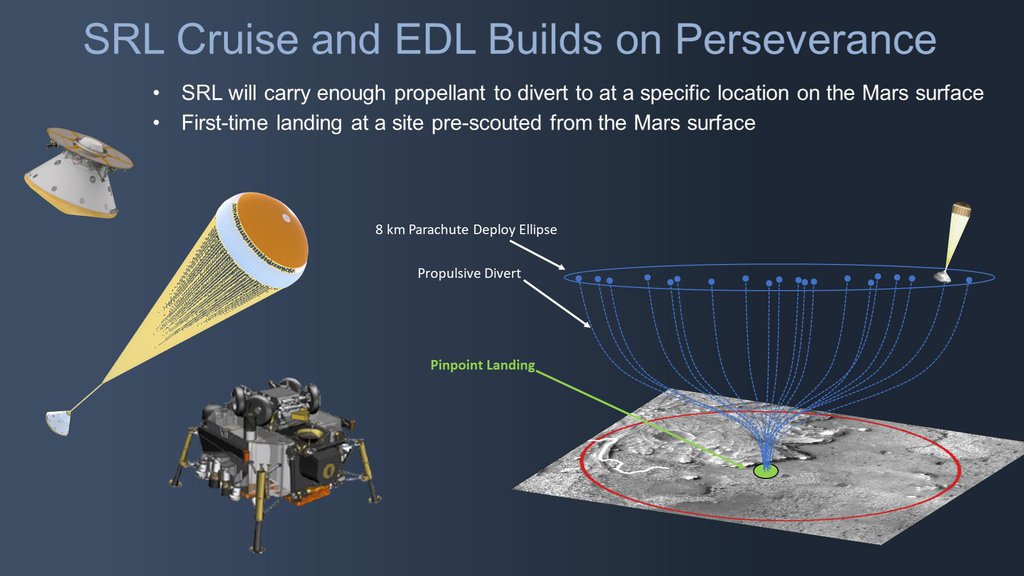 During the NASA Mars 2020 Perseverance rover mission, pristine samples of Mars rock and regolith (broken rock and dust) will be collected and sealed inside collection tubes. At strategic locations during the rover's drive, these tubes will be deposited onto the Martian surface to create collection points, or "depots." This marks the first phase of the Mars Sample Return campaign, which will be followed by the Sample Retrieval Lander mission in the late 2020s.

Tasked with collecting these containers for their eventual return to Earth, the Sample Retrieval Lander will be the first Mars mission to land at a specific location already scouted out from the surface. As such, to enable such a precise landing close to one of these depots, the lander will carry enough fuel make a propulsive divert maneuver (powered by its rocket thrusters) after being slowed down sufficiently by its parachute on entering the Martian atmosphere.