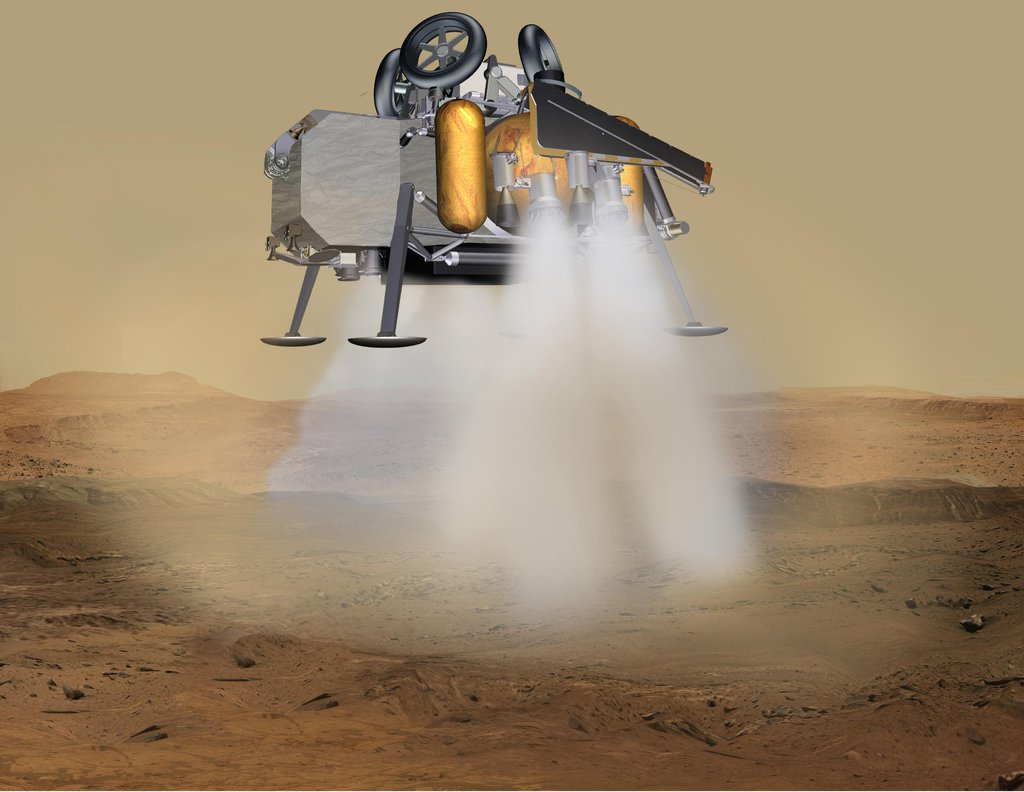 In this illustration of a Mars sample return mission concept, a lander carrying a fetch rover touches down on the surface of Mars.

NASA and the European Space Agency (ESA) are solidifying concepts for a Mars sample return mission after NASA's Mars 2020 rover collects rock and soil samples, storing them in sealed tubes on the planet's surface for future return to Earth.

NASA will deliver a Mars lander in the vicinity of Jezero Crater, where Mars 2020 will have collected and cached samples. The lander will carry a NASA rocket (the Mars Ascent Vehicle), along with ESA's Sample Fetch Rover that is roughly the size of NASA's Opportunity Mars rover. The fetch rover will gather the cached samples and carry them back to the lander for transfer to the ascent vehicle; additional samples could also be delivered directly by Mars 2020. The ascent vehicle will then launch a special container holding the samples into Mars orbit.