Mars Odyssey Orbiter By the Numbers 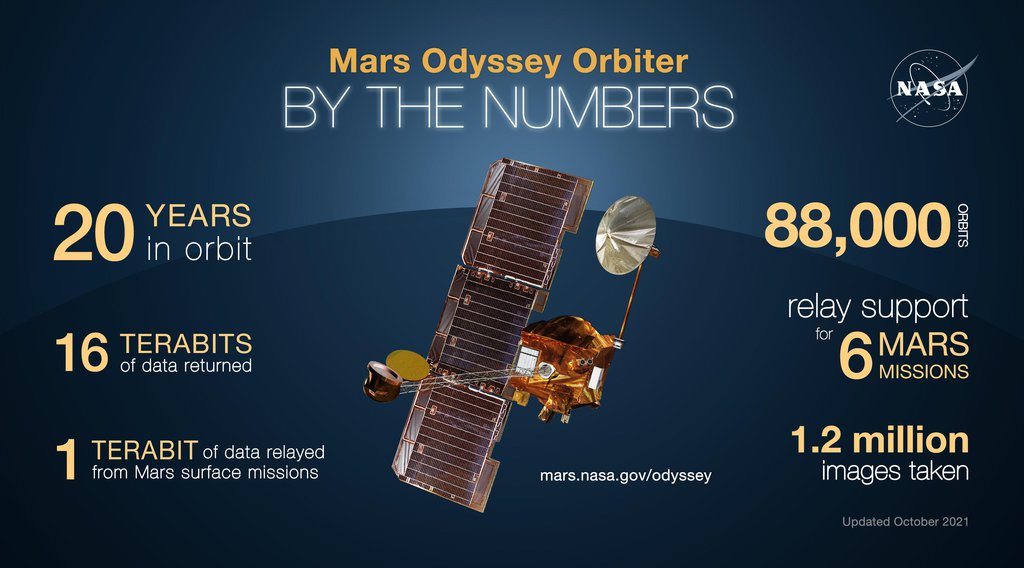 Over the past two decades, the mission has mapped the composition of the Martian surface, providing a window to the past so scientists could piece together how the planet evolved. It has also served as a vital asset in relaying communications between landers and rovers at the Red Planet and the mission teams back on Earth.

Here are some of the highlights of the last 20 years: