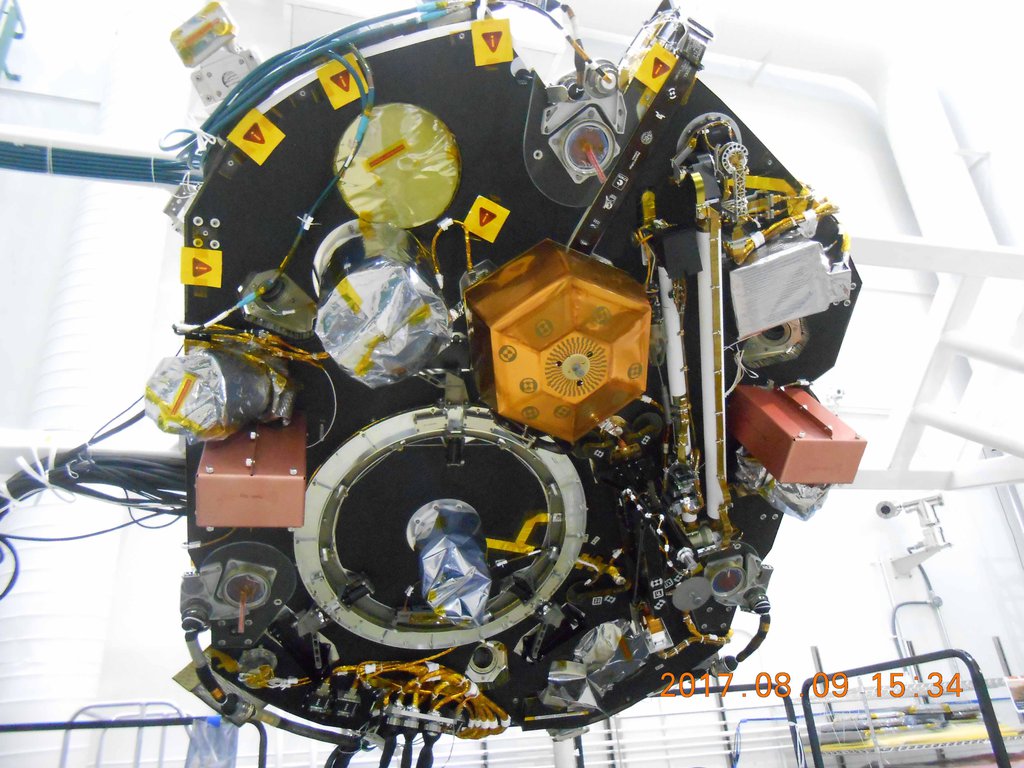 This view looks upward toward the InSight Mars lander suspended upside down. It shows the top of the lander's science deck with the mission's two main science instruments -- the Seismic Experiment for Interior Structure (SEIS) and the Heat Flow and Physical Properties Probe (HP3) -- plus the robotic arm and other subsystems installed. The photo was taken Aug. 9, 2017, in a Lockheed Martin clean room facility in Littleton, Colorado.