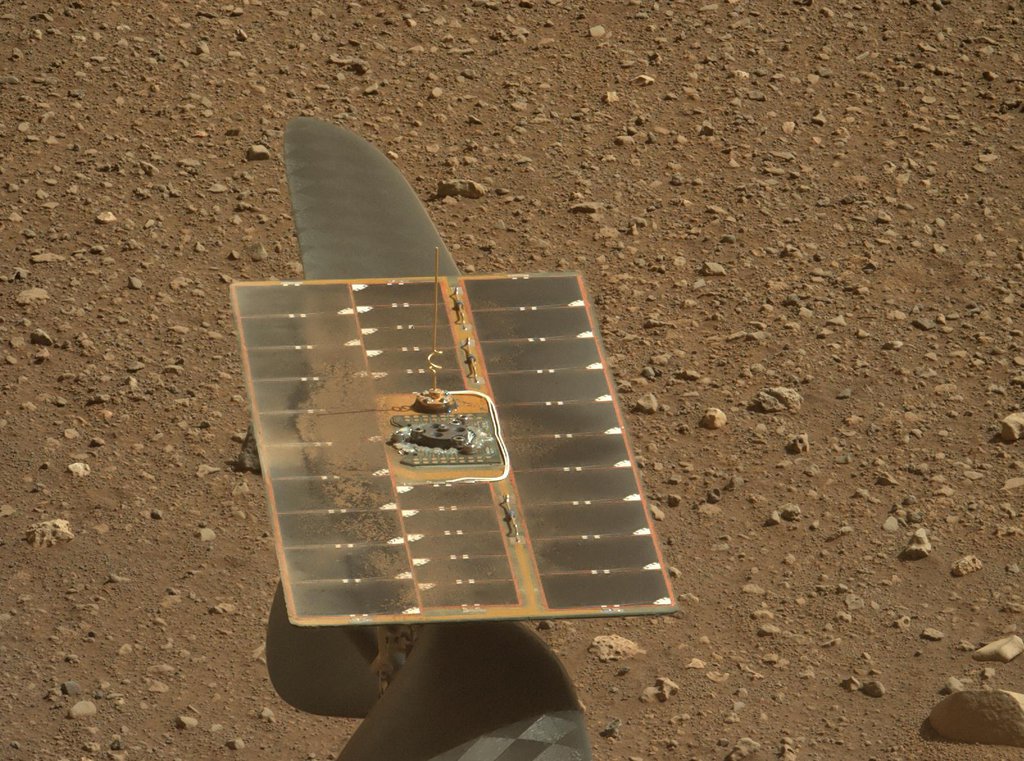 The solar panel of NASA's Ingenuity Mars Helicopter's solar panel as seen by Mastcam-Z, a pair of zoomable cameras aboard NASA's Perseverance Mars rover. Roughly 6.5 by 17 inches (425 mm by 165 mm), the panel charges six lithium-ion batteries inside the helicopter.

The image is not white balanced; instead it is displayed in a preliminary calibrated version of a natural-color composite, approximately simulating the colors of the scene that we would see if we were there viewing it ourselves.