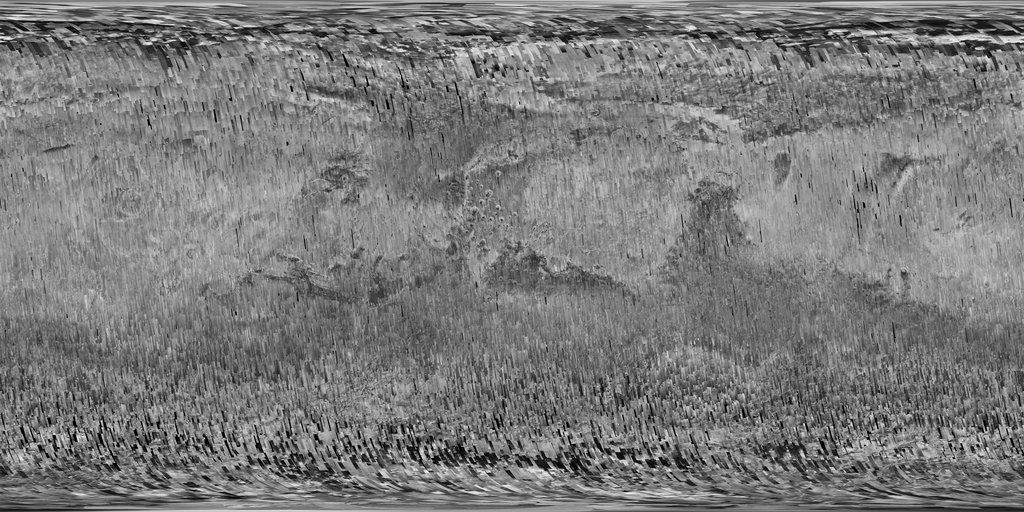 In early 2017, after more than a decade of observing Mars, the Context Camera (CTX) on NASA's Mars Reconnaissance Orbiter (MRO) surpassed 99 percent coverage of the entire planet. This mosaic shows that global coverage. No other camera has ever imaged so much of Mars in such high resolution.

The mosaic offers a resolution that enables zooming in for more detail of any region of Mars. It is still far from the full resolution of individual CTX observations, which can reveal the shapes of features smaller than the size of a tennis court.

As of March 2017, the Context Camera has taken about 90,000 images since the spacecraft began examining Mars from orbit in late 2006. In addition to covering 99.1 percent of the surface of Mars at least once, this camera has observed more than 60 percent of Mars more than once, checking for changes over time and providing stereo pairs for 3-D modeling of the surface.