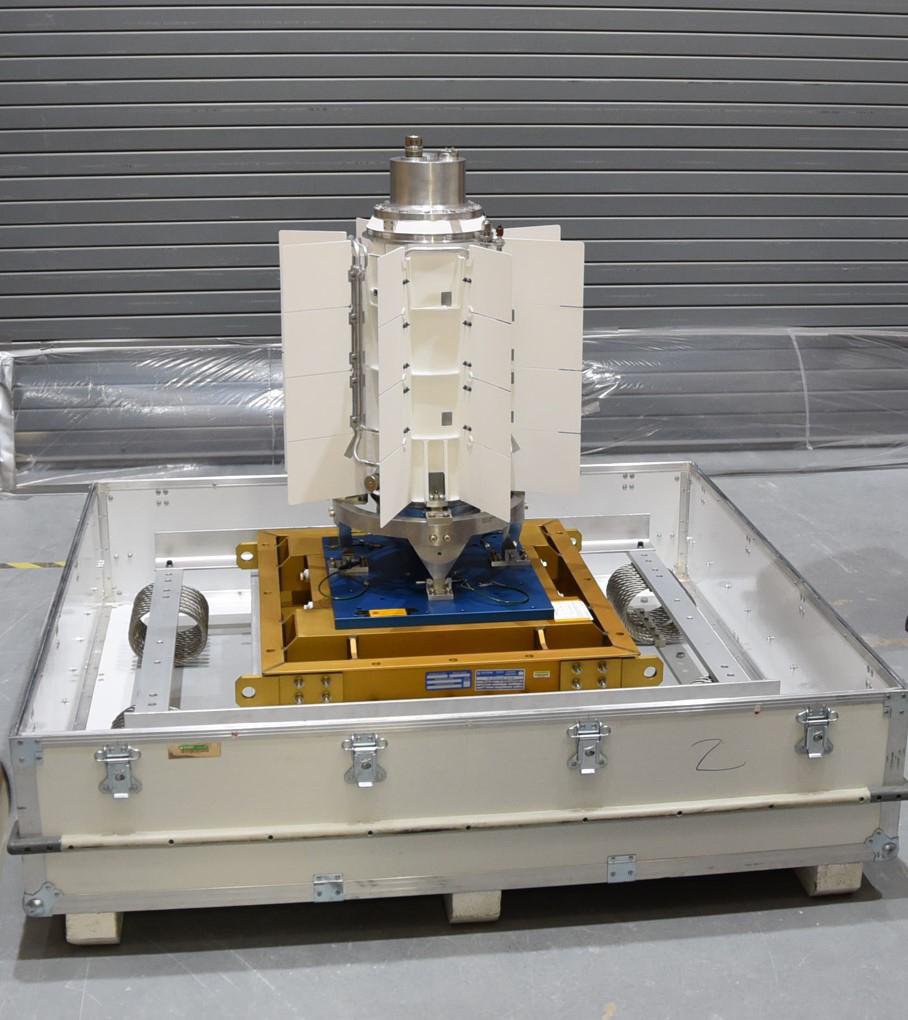 The electricity for NASA's Mars 2020 rover is provided by a power system called a Multi-Mission Radioisotope Thermoelectric Generator, or MMRTG. Essentially a nuclear battery, an MMRTG uses the heat from the natural radioactive decay of plutonium-238 to generate about 110 watts of electricity at the start of a mission.

Besides generating electrical power, the MMRTG produces heat. Some of this heat can be used to maintain the rover's systems at the proper operating temperatures in the frigid cold of space and on the surface of Mars. This device, seen here before fueling and testing at the U.S. Department of Energy's Idaho National Laboratory, has "fins" that radiate excess heat.

MMRTGs are provided to NASA for civil space applications by the U.S. Department of Energy (DOE). The radioisotope fuel is inserted into the MMRTG at the DOE's Idaho National Laboratory before the MMRTG is shipped to the launch site. Electrically heated versions of the MMRTG are used at JPL to verify and practice integration of the power system with the rover.