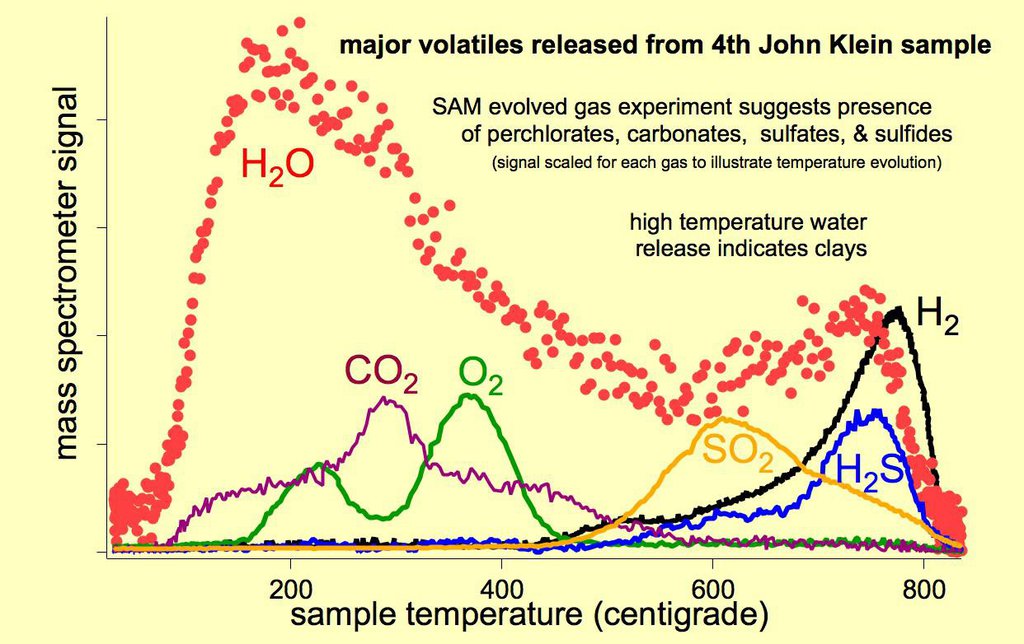 As the Sample Analysis at Mars (SAM) suite of instruments on NASA's Curiosity Mars rover heats a sample, gases are released (or "evolved") from the sample and can be identified using SAM's quadrupole mass spectrometer. This graphic shows the principal gases evolved from the fourth portion of powder delivered to SAM from the sample material collected when Curiosity first drilled into the "John Klein" target rock in the "Yellowknife Bay" area of Mars' Gale Crater.

The mass spectrometer signal is scaled separately for each gas so that the same graph can illustrate the patterns for various gases showing what temperatures caused the gas to be released. These evolved gases and the temperatures at which they evolved suggest the presence of hydrated minerals, carbonates, perchlorates, sulfates and sulfides, and clays in the rock-powder sample.