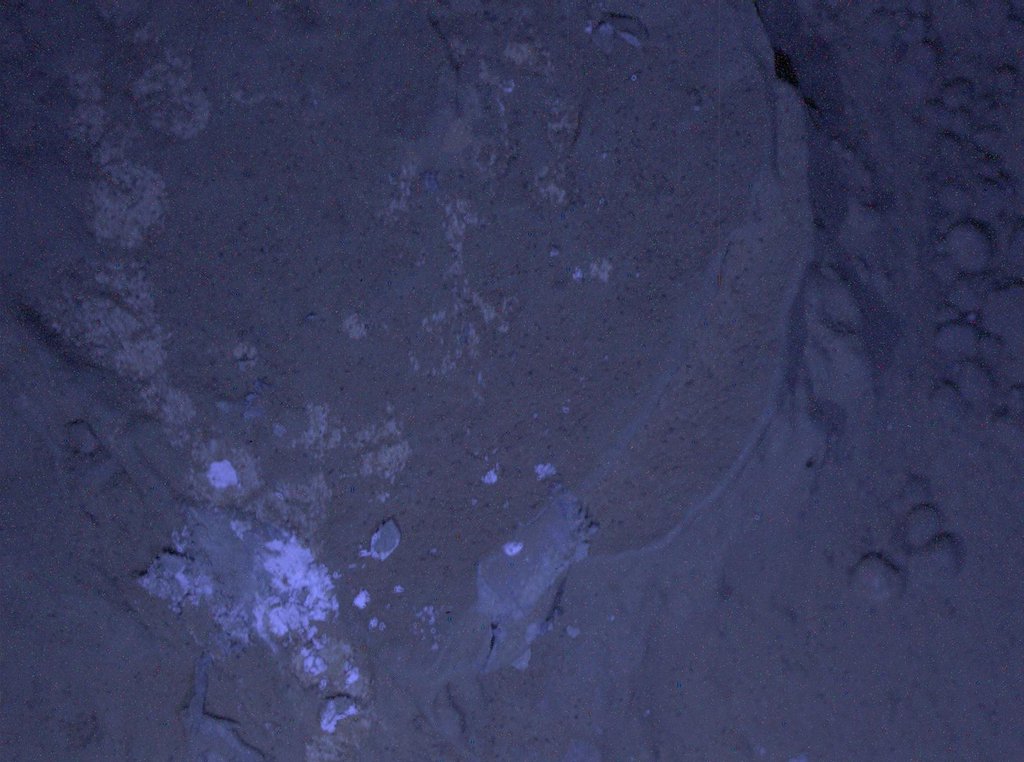 This image of a Martian rock illuminated by ultraviolet LEDs (light emitting diodes) is part of the first set of nighttime images taken by the Mars Hand Lens Imager (MAHLI) camera at the end of the robotic arm of NASA's Mars rover Curiosity. MAHLI took the images on Jan. 22, 2013 (PST), after dark on the 165th Martian day, or sol, of the rover's work on Mars. The image covers an area about 1.3 inches by 1 inch (3.4 by 2.5 centimeters).

This rock target in the "Yellowknife Bay" area of Mars' Gale Crater is called "Sayunei." It is in an area that Curiosity's front left wheel scuffed to provide fresh, dust-free materials to examine.

The illumination came from MAHLI's two ultraviolet LEDs, which emit light in a waveband centered at a wavelength of 365 nanometers. The exposure duration was 30 seconds. The purpose of acquiring observations under ultraviolet illumination was to look for fluorescent minerals. This image and caption are being posted before analysis is completed about whether fluorescent minerals are present.

The same illumination was used for a nighttime image of MAHLI's calibration target, shown at PIA16714.