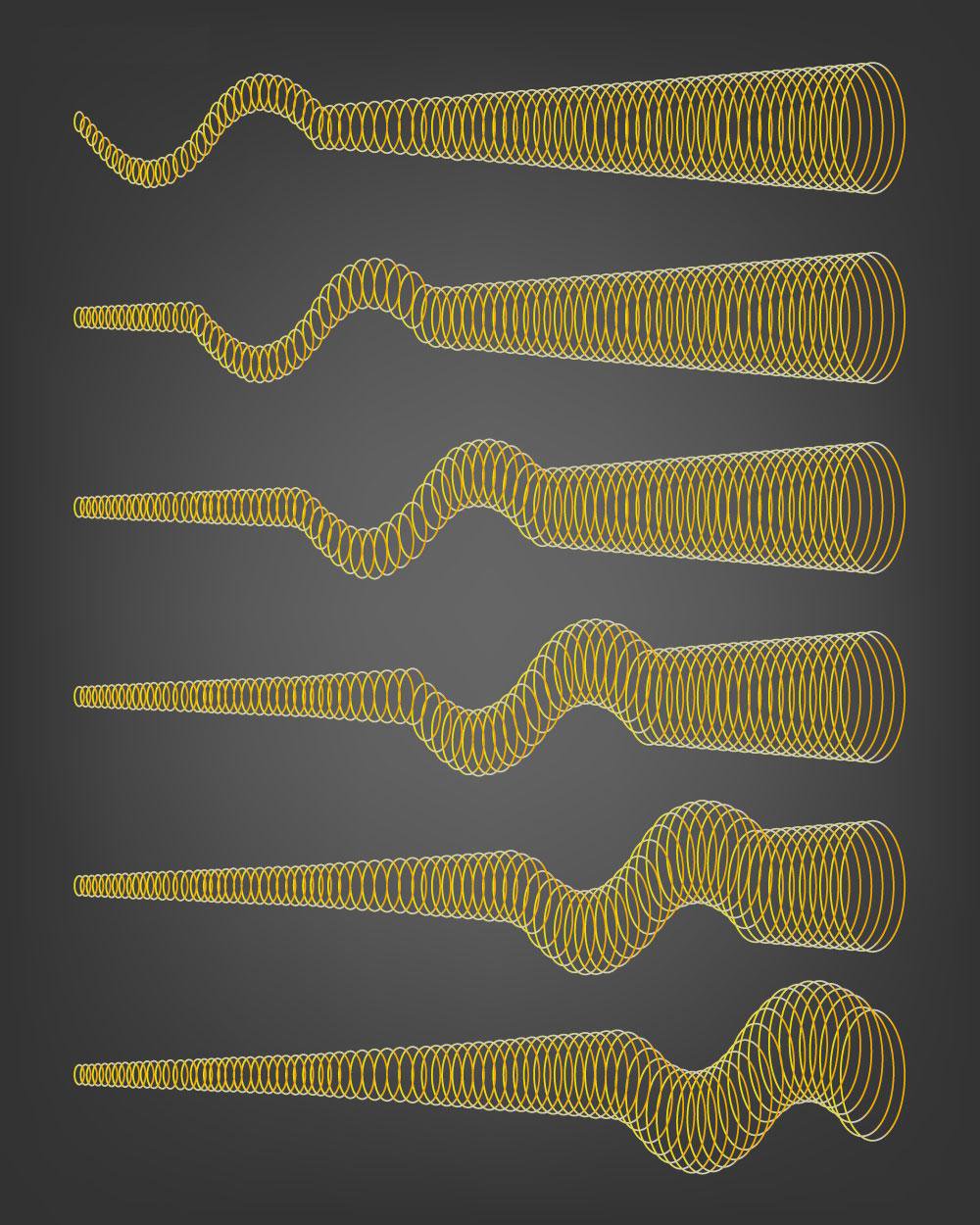 This cartoon shows how magnetic waves, called Alfvén S-waves, propagate outward from the base of black hole jets. The jet is a flow of charged particles, called a plasma, which is launched by a black hole. The jet has a helical magnetic field (yellow coil) permeating the plasma. The waves then travel along the jet, in the direction of the plasma flow, but at a velocity determined by both the jet's magnetic properties and the plasma flow speed. The BL Lac jet examined in a new study is several light-years long, and the wave speed is about 98 percent the speed of light.

Fast-moving magnetic waves emanating from a distant supermassive black hole undulate like a whip whose handle is being shaken by a giant hand, according to a study using data from the National Radio Astronomy Observatory's Very Long Baseline Array. Scientists used this instrument to explore the galaxy/black hole system known as BL Lacertae (BL Lac) in high resolution.