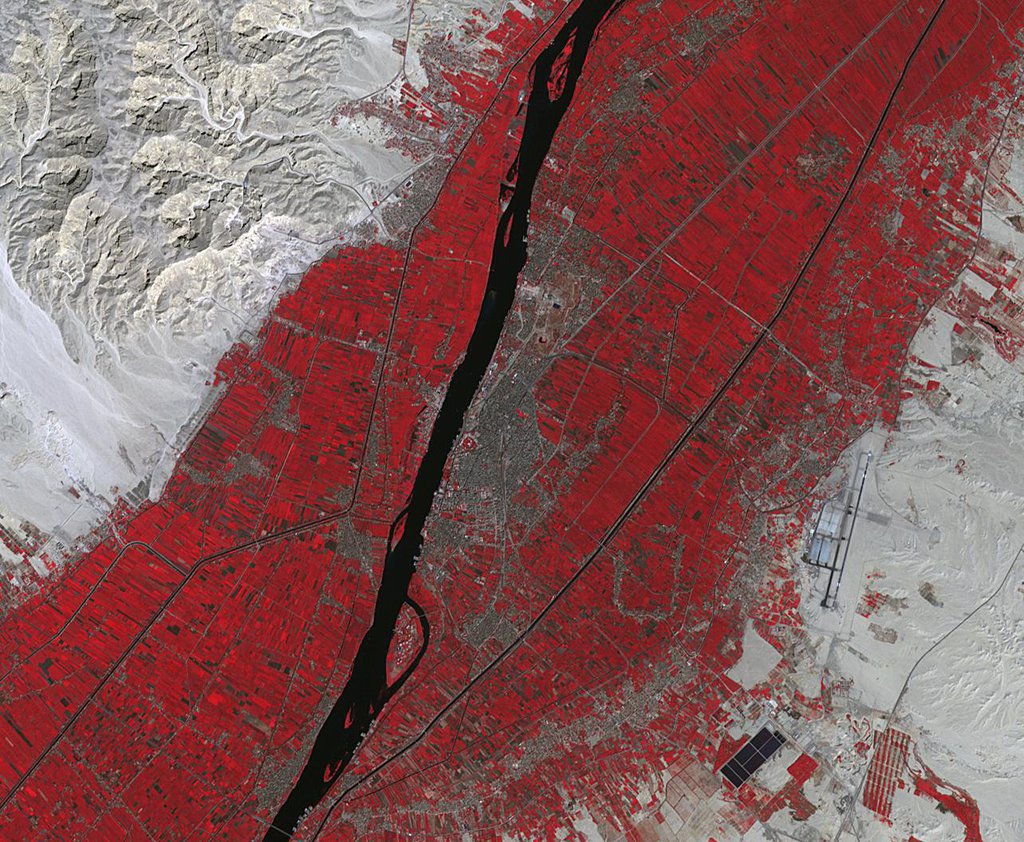 Luxor is a city in Upper Egypt, along the Nile. It is the site of the ancient Egyptian city of Waset, known to the Greeks as Thebes. Luxor is one of the world's greatest open-air museums, with the ruins of the temple complexes of Karnak and Luxor. Immediately across the Nile is the Valley of the Kings, burial place of dozens of Egypt's pharaohs, including King Tutankhamun. The image was acquired October 18, 2017, covers an area of 15.9 by 19.3 kilometers, and is located at 25.7 degrees north, 32.6 degrees east.