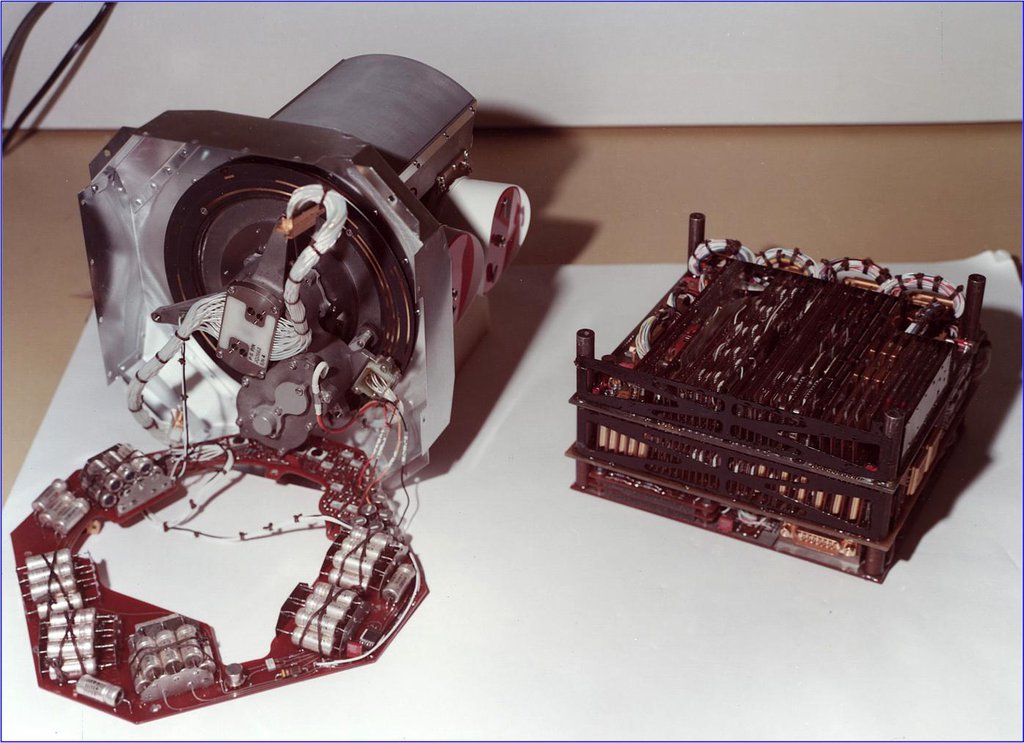 This image shows the low-energy charged particle instrument before it was installed on one of NASA's Voyager spacecraft in 1977. The instrument includes a stepper motor that turns the platform on which the sensors are mounted, so that the field of view rotates through 360 degrees. This motor was tested for 500,000 steps, enough to reach the orbit of Saturn, and has now completed over 6 million steps. The old-fashioned capacitor bank underneath the motor stores energy needed to provide a 15.7-watt pulse every 192 seconds.

For more information about the Voyager spacecraft, visit: http://www.nasa.gov/voyager and http://voyager.jpl.nasa.gov.