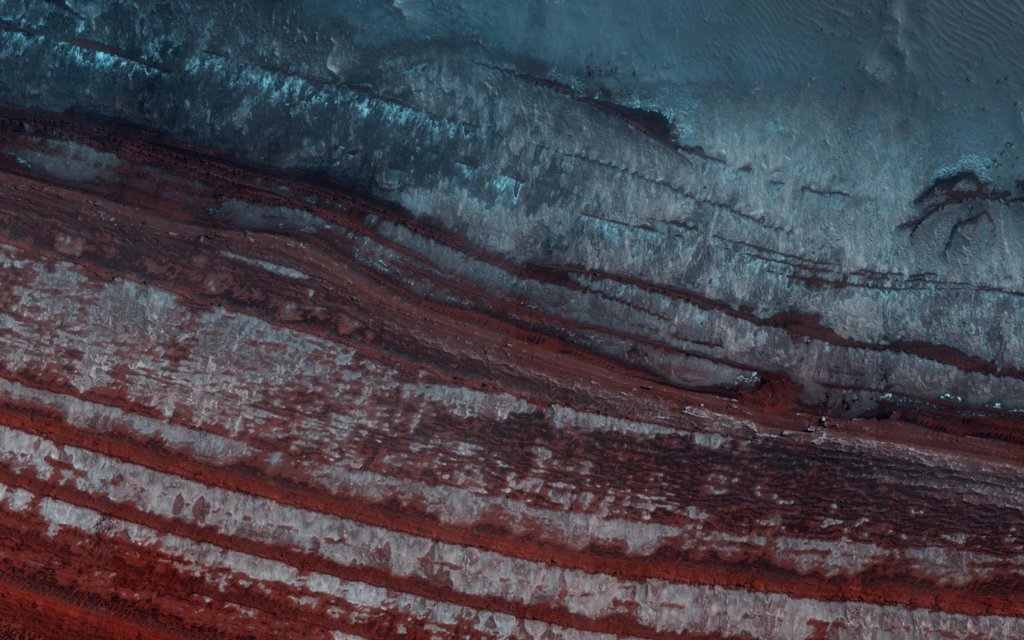 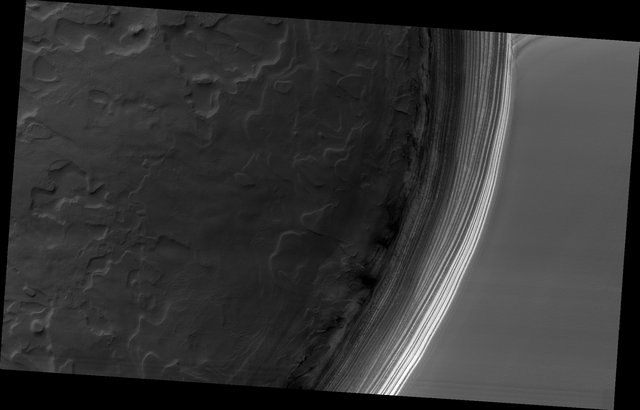 The North Polar Layered Deposits (NPLD) are large layered deposits of dusty water-ice in the northern polar region of Mars. The layering we see is caused mainly by slight variations in the dust-to-ice ratio, which records variations in the Martian climate over time.

Another interesting aspect of the NPLD is the fact that we have observed on its scarps numerous avalanche events (for example, PSP_007338_2640 and ESP_016228_2650). Avalanches have also been spotted at this scarp. Spring monitoring is key to constrain frequency of avalanches and timing of "avalanche season" onset on Mars. Can you spot any avalanches in the image?

This caption is partly based on the science rationale behind acquiring this image.