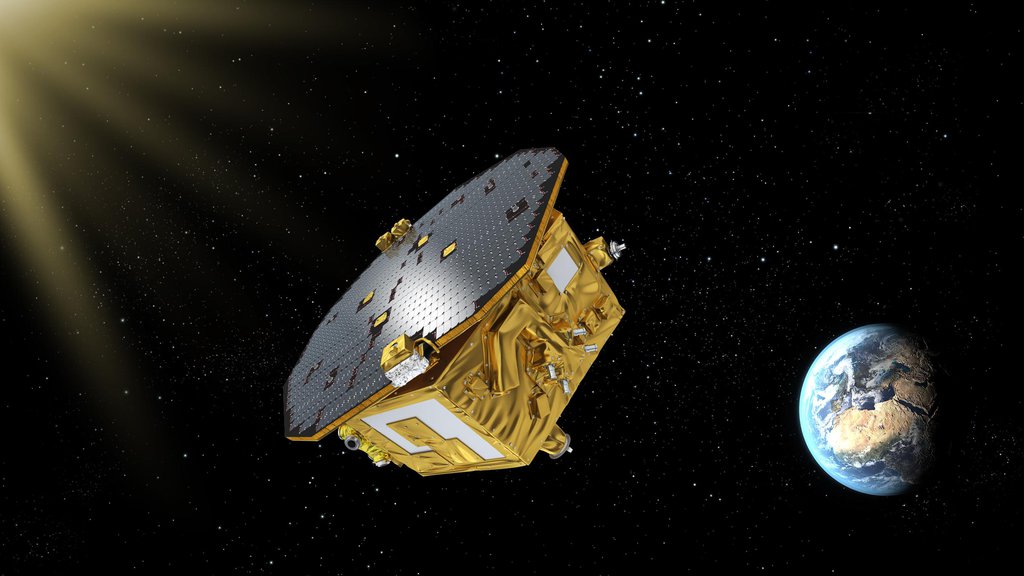 This artist's concept shows ESA's LISA Pathfinder spacecraft, which launched on Dec. 3, 2015, from Kourou, French Guiana, will help pave the way for a mission to detect gravitational waves.