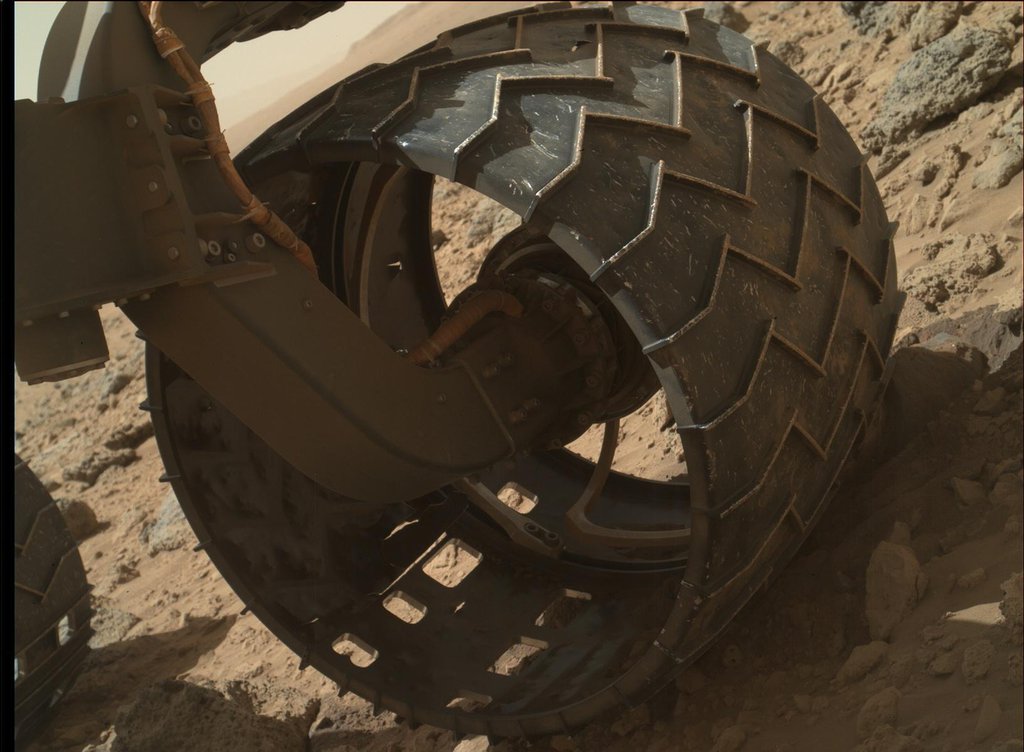 The left-front wheel of NASA's Curiosity Mars rover shows dents and holes in this image taken during the 469th Martian day, or sol, of the rover's work on Mars (Nov. 30, 2013). The image was taken by the Mars Hand Lens Imager (MAHLI) camera, which is mounted at the end of Curiosity's robotic arm. By that sol, Curiosity had driven 2.78 miles (4.47 kilometers). An uptick in the pace of wear and tear on the rover's wheels in the preceding few weeks appears to be correlated with driving over rougher terrain than during earlier months of the mission. Routes to future destinations for the mission may be charted to lessen the amount of travel over such rough terrain.