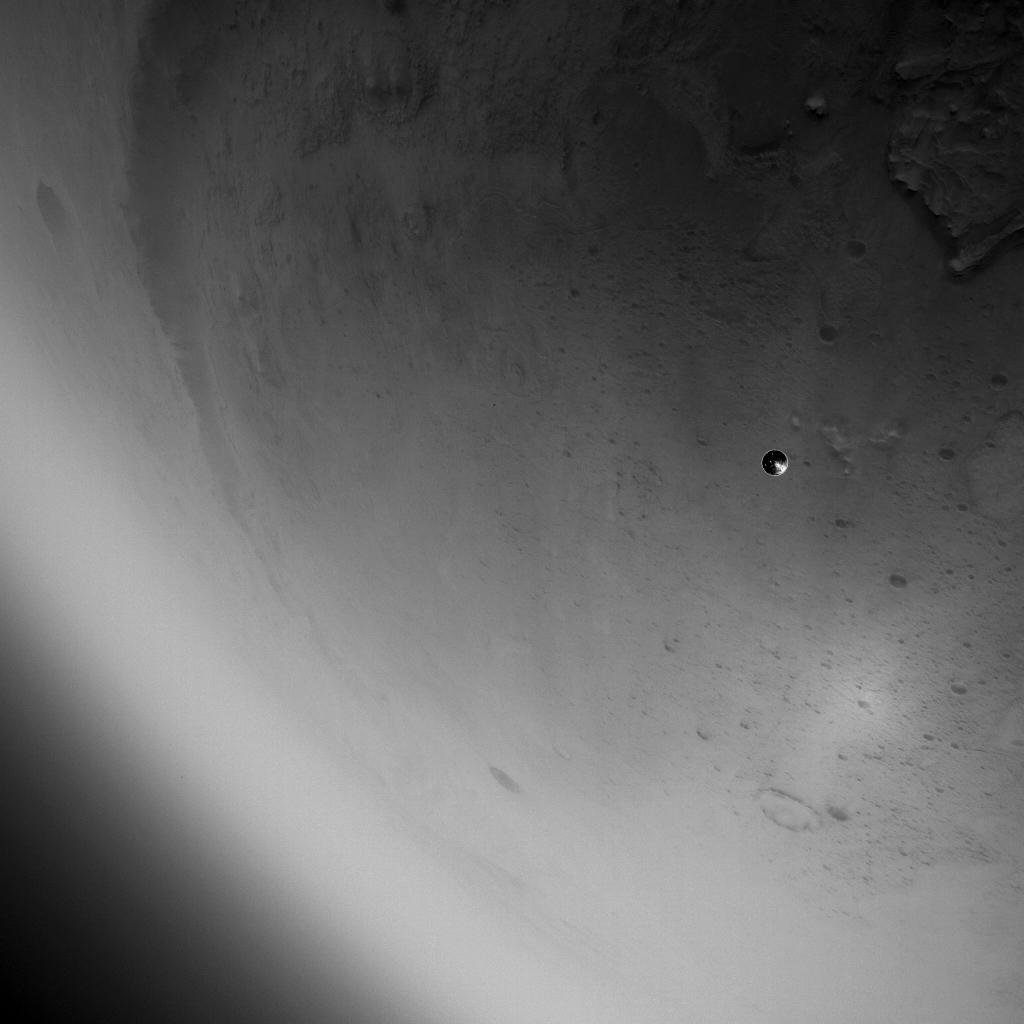 The heat shield drops away toward Mars after being released from the Mars 2020 back shell during the spacecraft's descent through the Martian atmosphere on Feb. 18, 2021. The heat shield and back shell encapsulated NASA's Perseverance rover on its journey to the Red Planet. This image was taken by the rover's Lander Vision System Camera (LCAM), serving as part of the Terrain-Relative Navigation system. This was the first use at Mars of the system, which compared images from below the spacecraft to an onboard map, helping to guide the spacecraft to a safe landing spot in Jezero Crater. Past missions had deemed Jezero Crater too hazardous to be a landing site because of its cliffs, dunes, and boulders.

The LCAM generates 1024x1024 pixel grayscale images across a 90x90-degree field of view. The exposure time for each image is just under 150 microseconds, which enables crisp images during descent.

LCAM was provided by Malin Space Science Systems in San Diego; the Perseverance rover was built and is operated by NASA's Jet Propulsion Laboratory in Southern California. JPL is a division of Caltech in Pasadena.