Layers with Carbonate Content Inside McLaughlin Crater on Mars 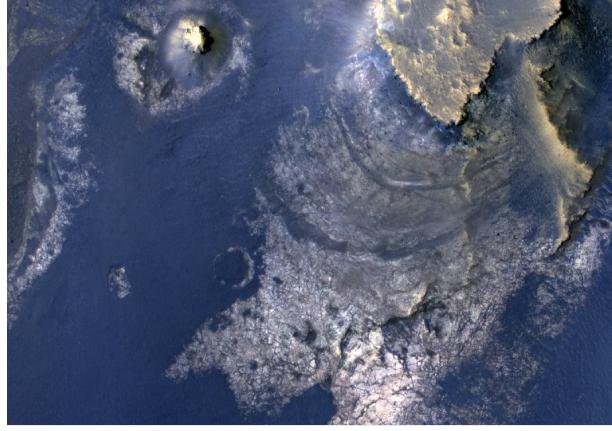 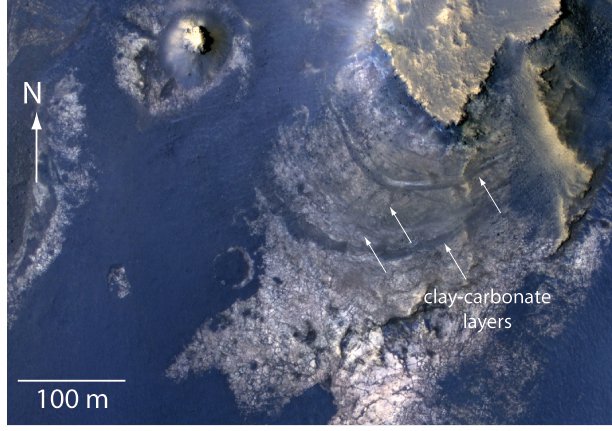 A combination of clues suggests this 1.4-mile-deep (2.2-kilometer-deep) crater once held a lake fed by groundwater. Part of the evidence is identification of clay and carbonate minerals within layers visible near the center of this image. The mineral identifications come from the Compact Reconnaissance Imaging Spectrometer for Mars (CRISM), also on the Mars Reconnaissance Orbiter.

The scene covers an area about one-third of a mile (about 550 meters) across, at 337.6 degrees east longitude, 21.9 degrees north latitude. North is up. Figure 1 indicates the location of layers bearing clay and carbonate minerals and includes a scale bar of 100 meters (328 feet).