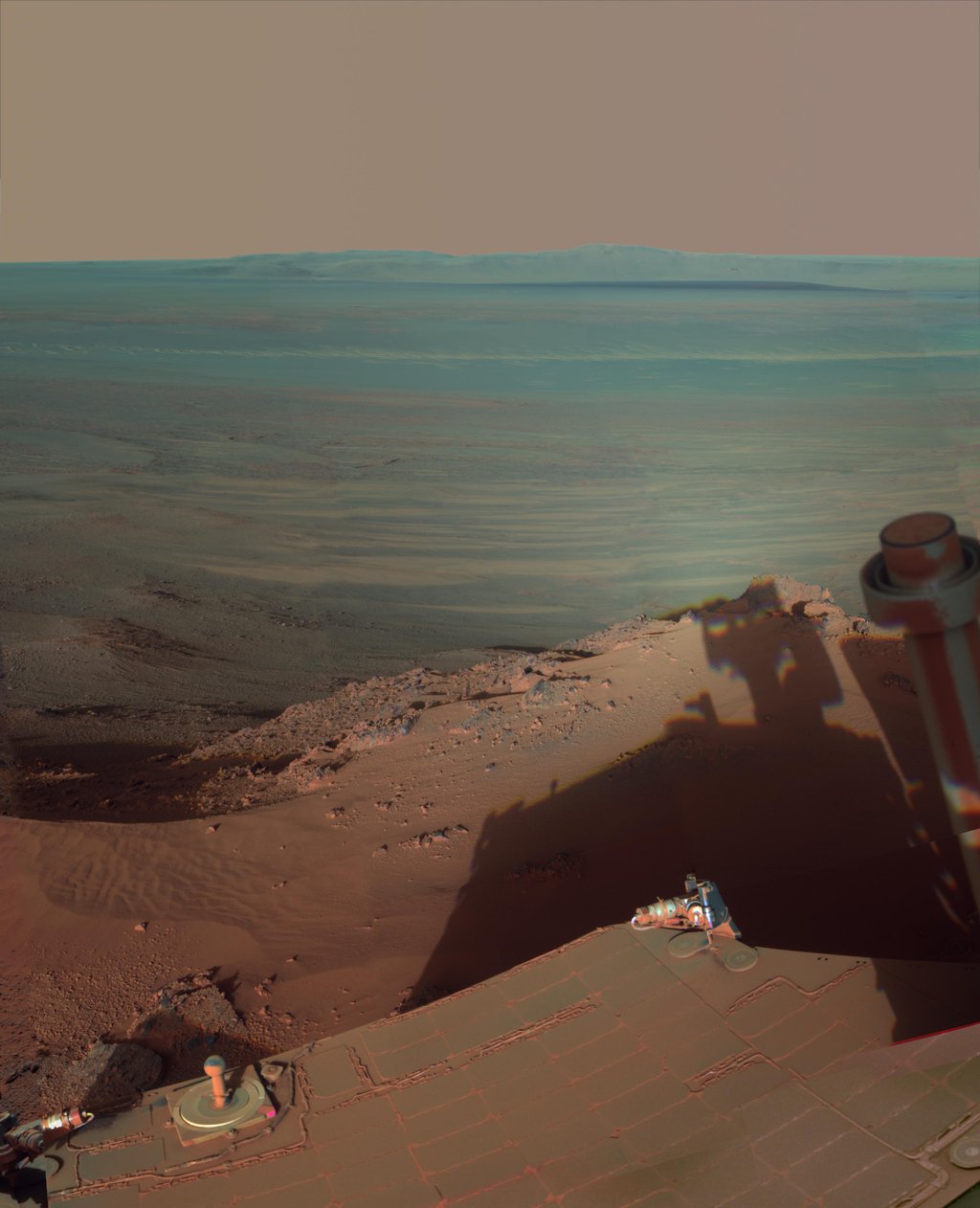 NASA's Mars Rover Opportunity catches its own late-afternoon shadow in this dramatically lit view eastward across Endeavour Crater on Mars.

The rover used the panoramic camera (Pancam) between about 4:30 and 5:00 p.m. local Mars time to record images taken through different filters and combined into this mosaic view.

Most of the component images were recorded during the 2,888th Martian day, or sol, of Opportunity's work on Mars (March 9, 2012). At that time, Opportunity was spending low-solar-energy weeks of the Martian winter at the Greeley Haven outcrop on the Cape York segment of Endeavour's western rim. In order to give the mosaic a rectangular aspect, some small parts of the edges of the mosaic and sky were filled in with parts of an image acquired earlier as part of a 360-degree panorama from the same location.

Opportunity has been studying the western rim of Endeavour Crater since arriving there in August 2011. This crater spans 14 miles (22 kilometers) in diameter, or about the same area as the city of Seattle. This is more than 20 times wider than Victoria Crater, the largest impact crater that Opportunity had previously examined. The interior basin of Endeavour is in the upper half of this view.

The mosaic combines about a dozen images taken through Pancam filters centered on wavelengths of 753 nanometers (near infrared), 535 nanometers (green) and 432 nanometers (violet). The view is presented in false color to make some differences between materials easier to see, such as the dark sandy ripples and dunes on the crater's distant floor.