Landing on Mars for a Short Stay (Artist's Concept) 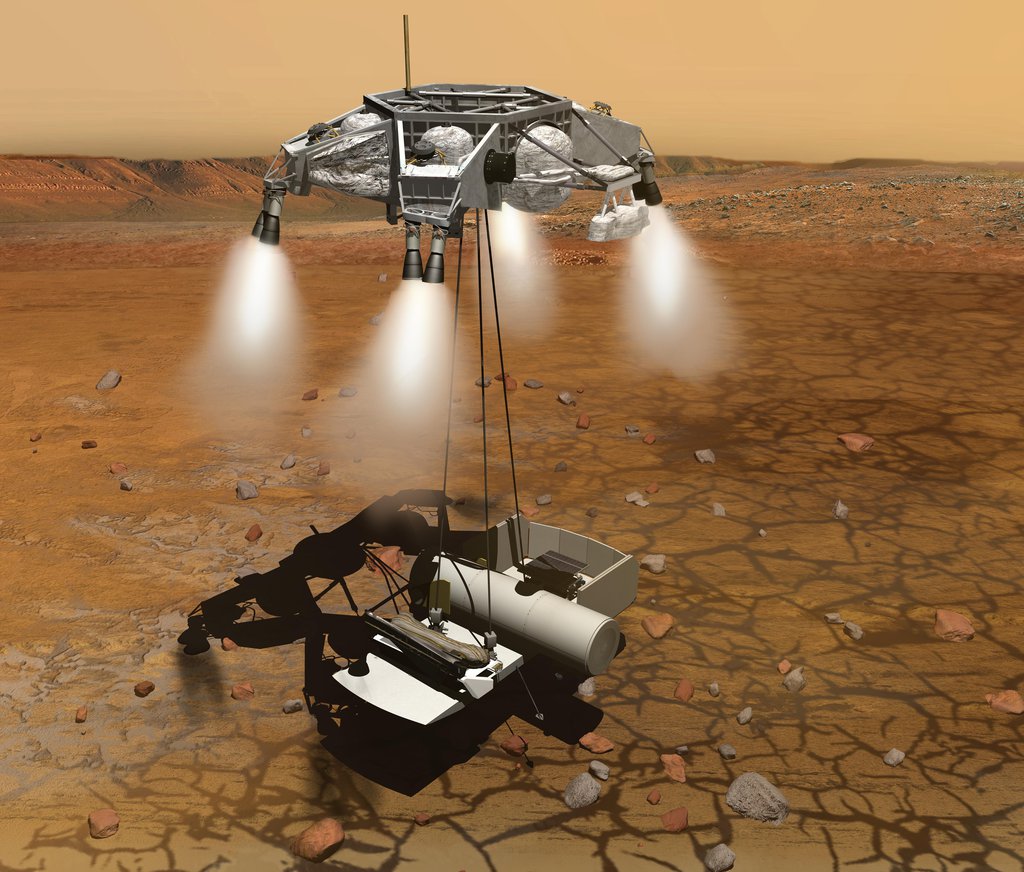 This artist's concept of a proposed Mars sample return mission portrays a rocket-powered descent stage lowering a sample-retrieving rover and an ascent vehicle to the surface. The ascent vehicle is in the large cylinder, protecting it from the harsh Martian environment. The rover, with solar-panels in folded position, sits to the right of it. The ascent vehicle would receive samples of Martian rocks that are to be collected by a previous mission and retrieved by the rover. Then it would launch the samples into Martian orbit for a rendezvous with a spacecraft that would carry them to Earth.