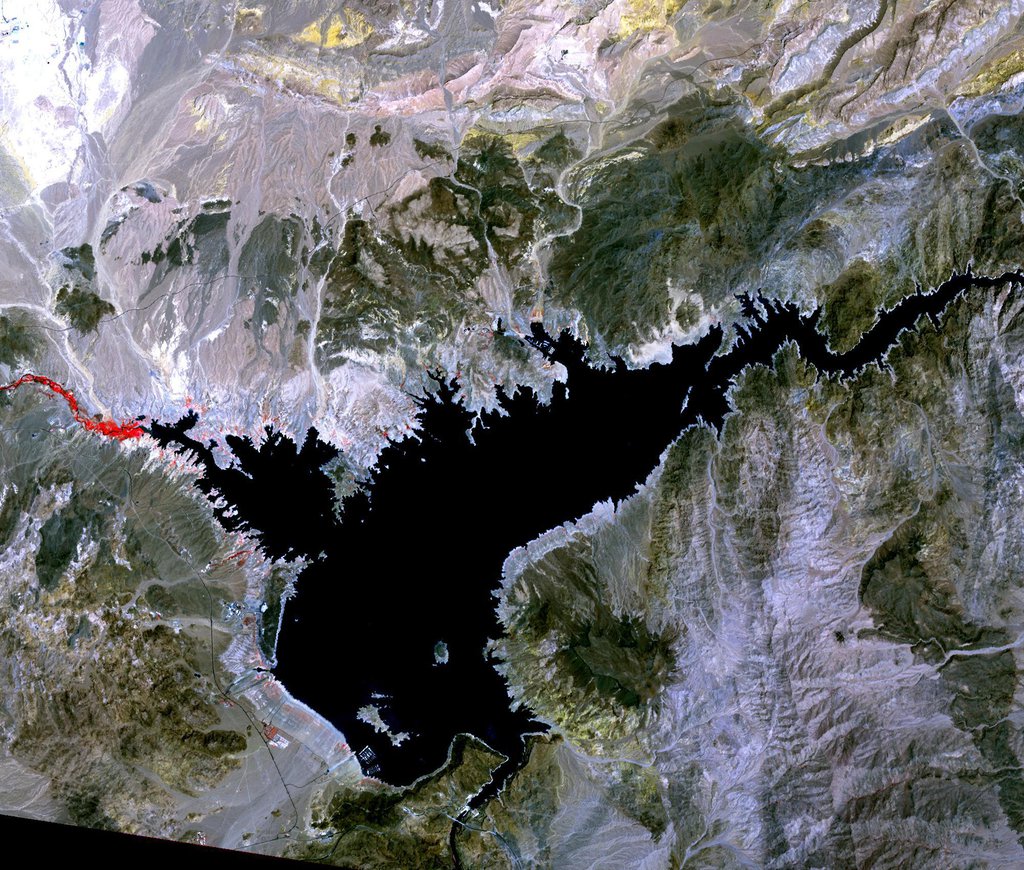 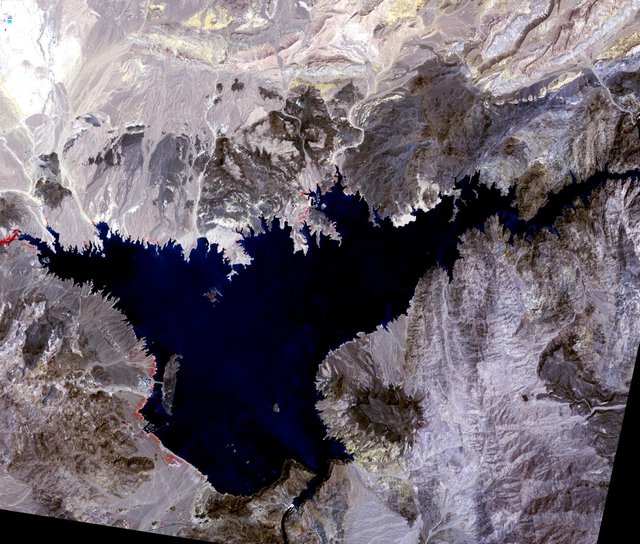 Lake Mead, the largest reservoir in the US, has fallen to its lowest level ever. The water is a major source for such cities as Los Angeles and Las Vegas. With the predicted drought through this summer, the lake's water supply is expected to further shrink. In 2000, the lake was at its highest, and has declined ever since. The images were acquired June 14, 2021 and July 6, 2000, cover an area of 25.5 by 30 km, and are located at 36 degrees north, 114.7 degrees west.