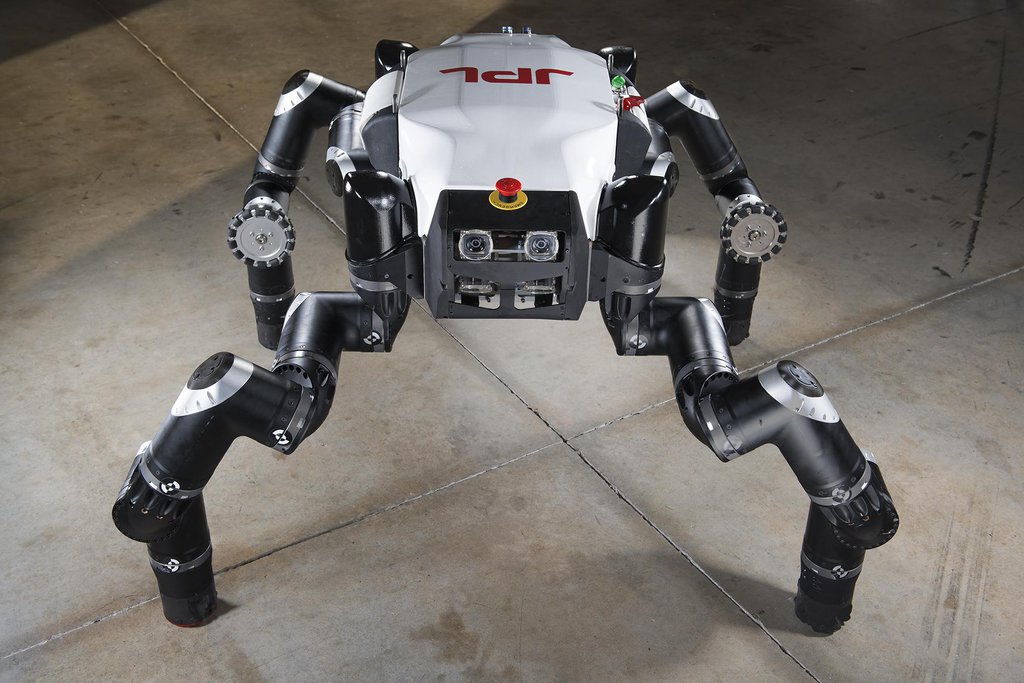 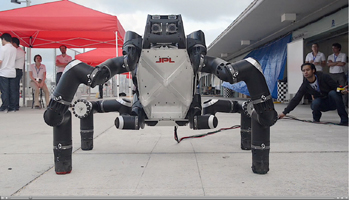 The Jet Propulsion Laboratory's official entry, RoboSimian, as it awaited the first event at the DARPA Robotics Challenge in December 2013, created to develop ground robots that can work in dangerous, degraded, human-engineered environments. Also known as "Clyde," the robot is four-footed but can also stand on two feet. It has four general-purpose limbs and hands capable of mobility and manipulation.

The California Institute of Technology, Pasadena, manages JPL for NASA. For more information about robotics at JPL, including involvement with the DARPA Robotics Challenge, see http://www-robotics.jpl.nasa.gov/index.cfm.