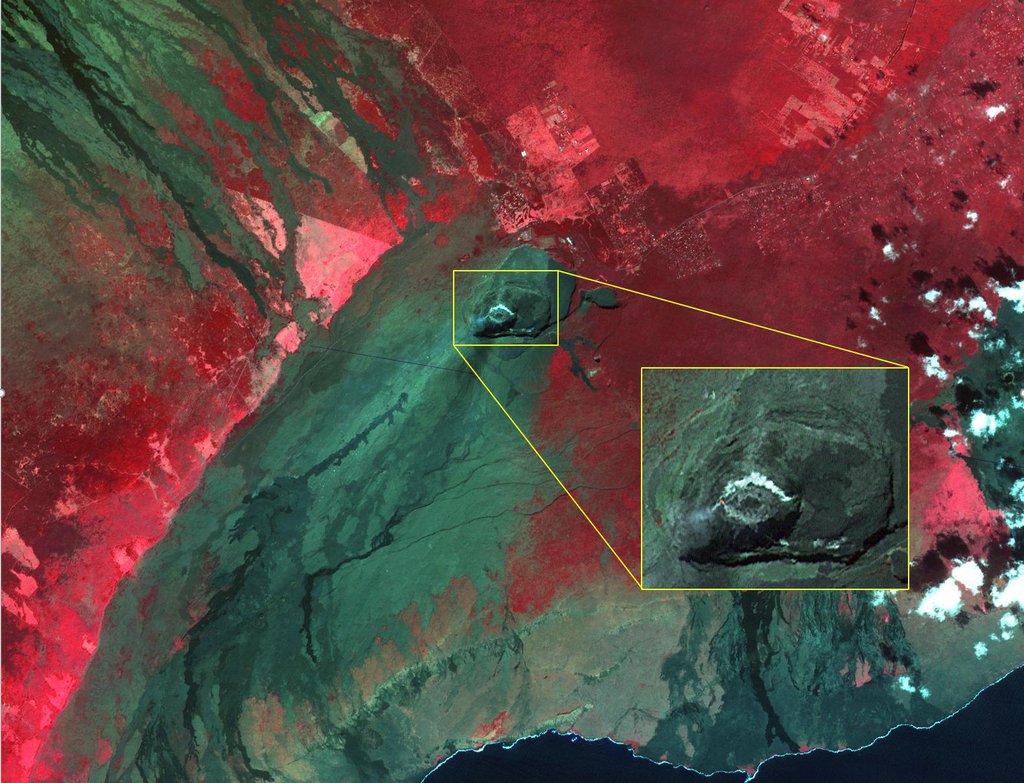 Kilauea volcano, Hawaii, began erupting on December 20, 2020, when a lava flow within Halema'uma'u crater interacted with a pool of water, triggering a vigorous eruption, emitting steam, ash, and sulfur dioxide gas. Since then, lava continues to enter the crater, and the lava lake appears to be stable. In the image, the lava feeder is bright red within the crater, gas is coming from the lava; the lava lake is a lighter gray donut, with a cooler lava island in the middle. The image was acquired December 28, 2020, covers an area of 29.7 by 37.2 km, and is located at 19.4 degrees north, 155.3 degrees west.