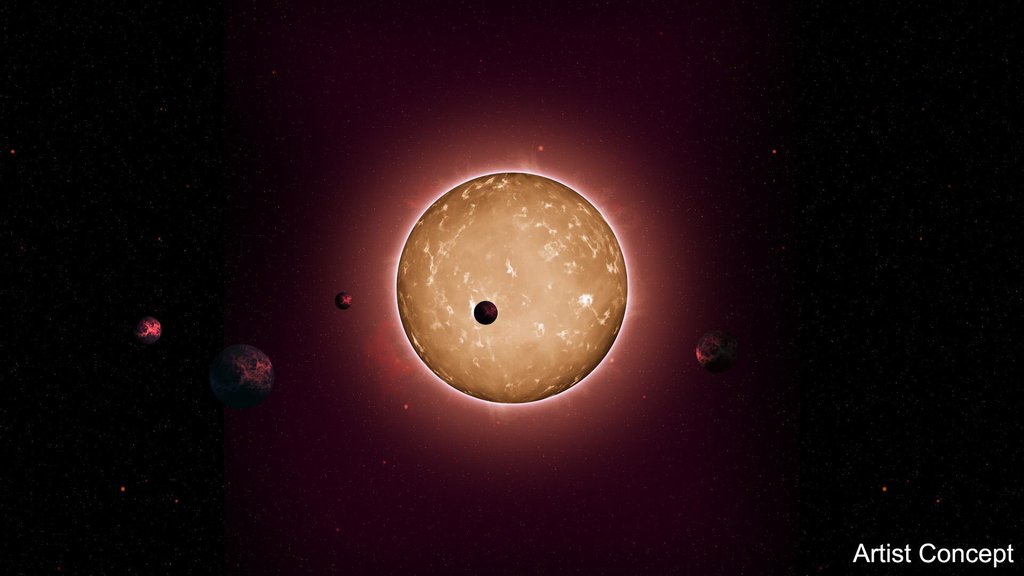 The tightly packed system, named Kepler-444, is home to five small planets in very compact orbits. The planets were detected from the dimming that occurs when they transit the disk of their parent star, as shown in this artist's conception.