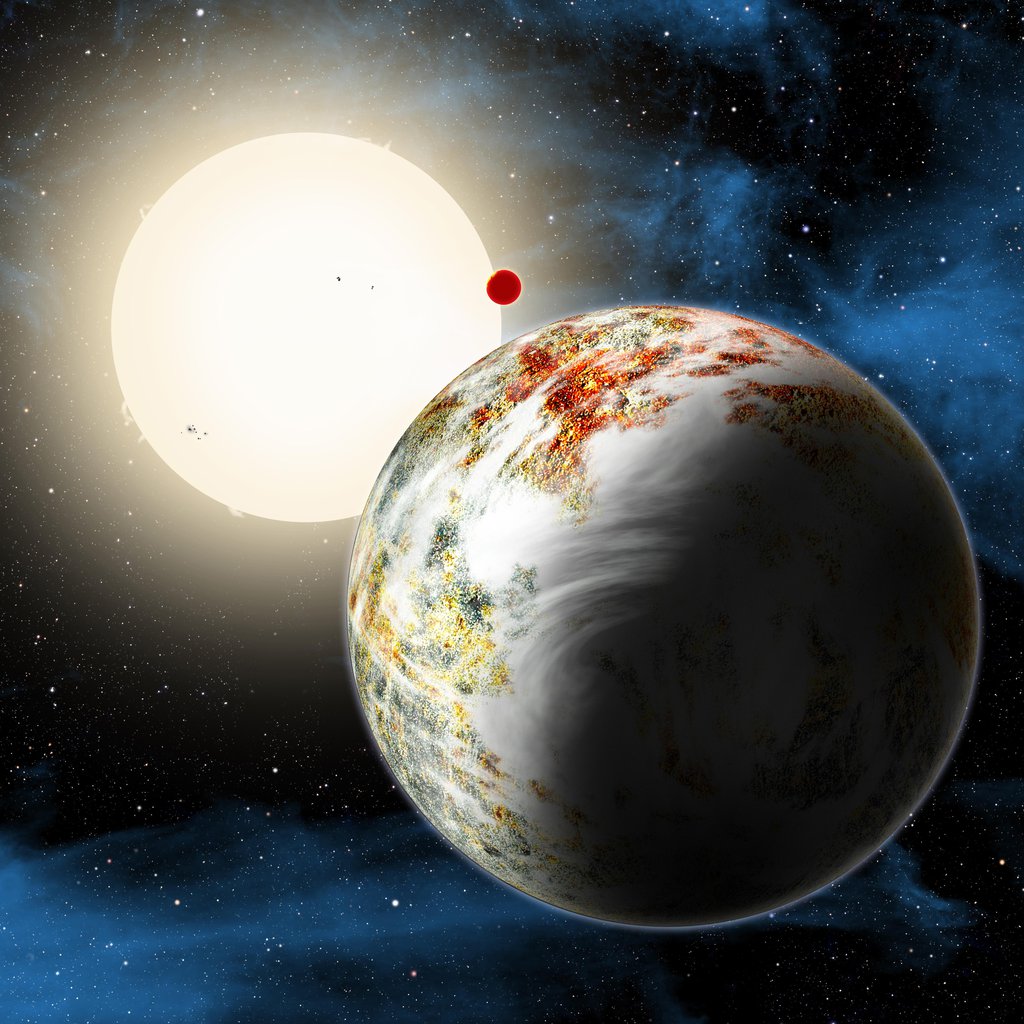 An artist's conception shows the Kepler-10 system, home to two rocky planets. In the foreground is Kepler-10c, a planet that weighs 17 times as much as Earth and is more than twice as large in size. Planet formation theorists are challenged to explain how such a massive world could have formed.

For more information about the Kepler mission, visit http://www.nasa.gov/kepler.