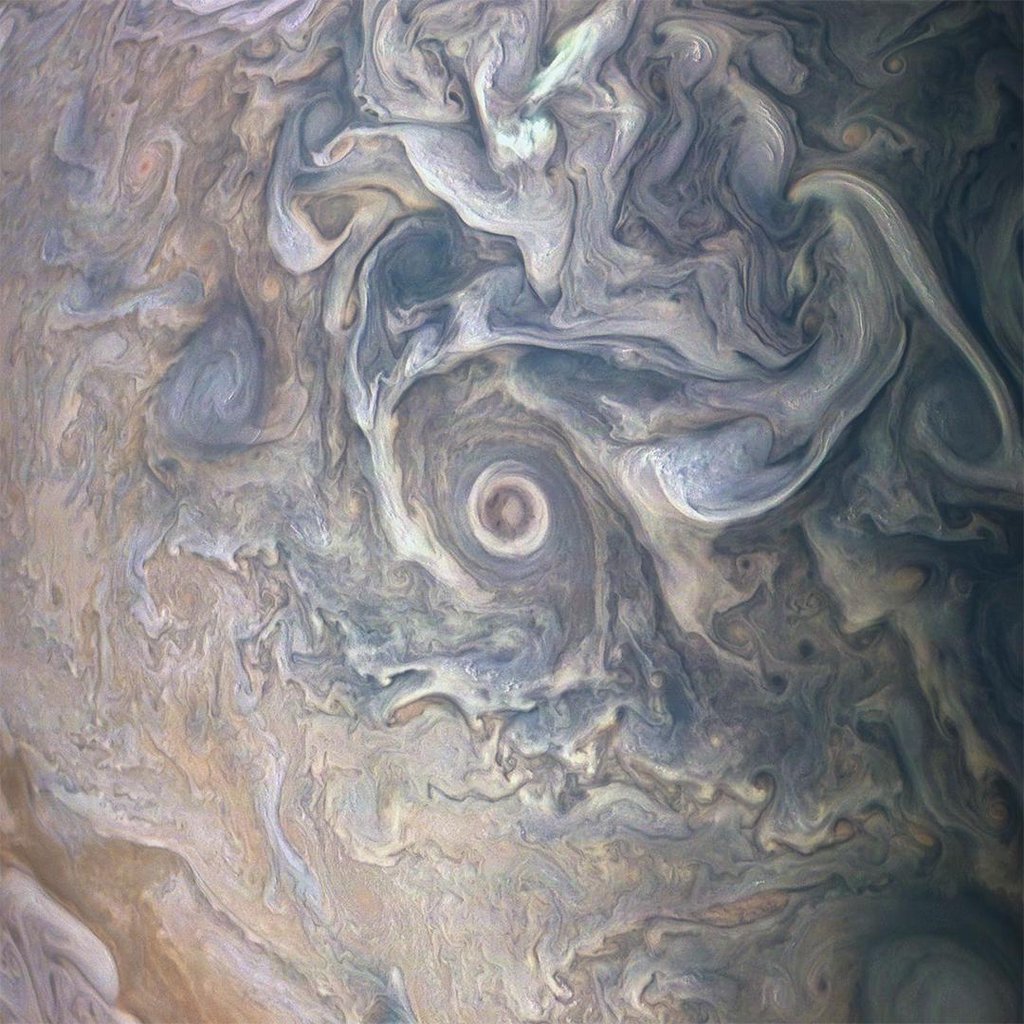 Intricate swirls in Jupiter's volatile northern hemisphere are captured in this color-enhanced image from NASA's Juno spacecraft. Bursts of bright-white "pop-up" clouds appear scattered throughout the scene, with some visibly casting shadows on the neighboring cloud layers beneath them. Juno scientists are using shadows to determine the distances between cloud layers in Jupiter's atmosphere, which provide clues to their composition and origin.